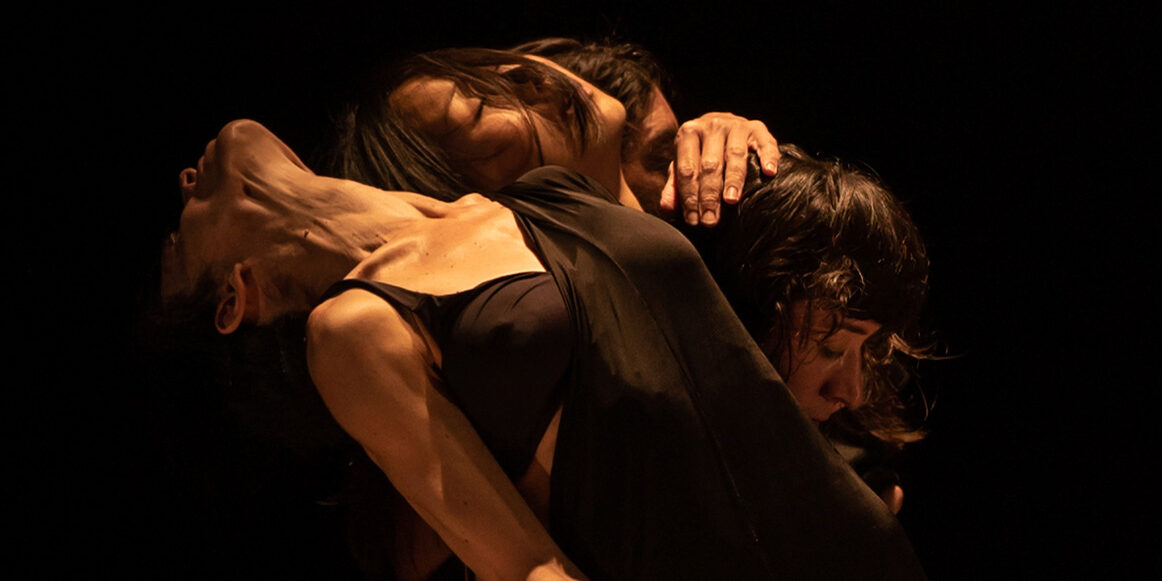 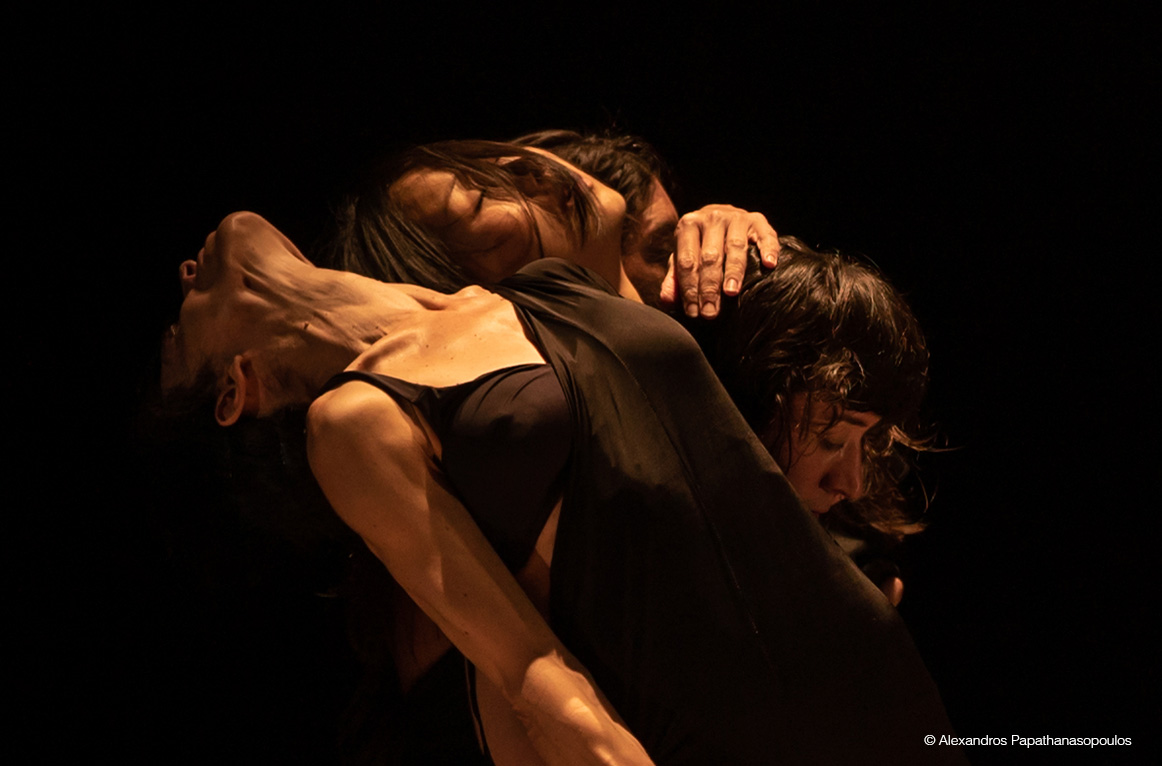 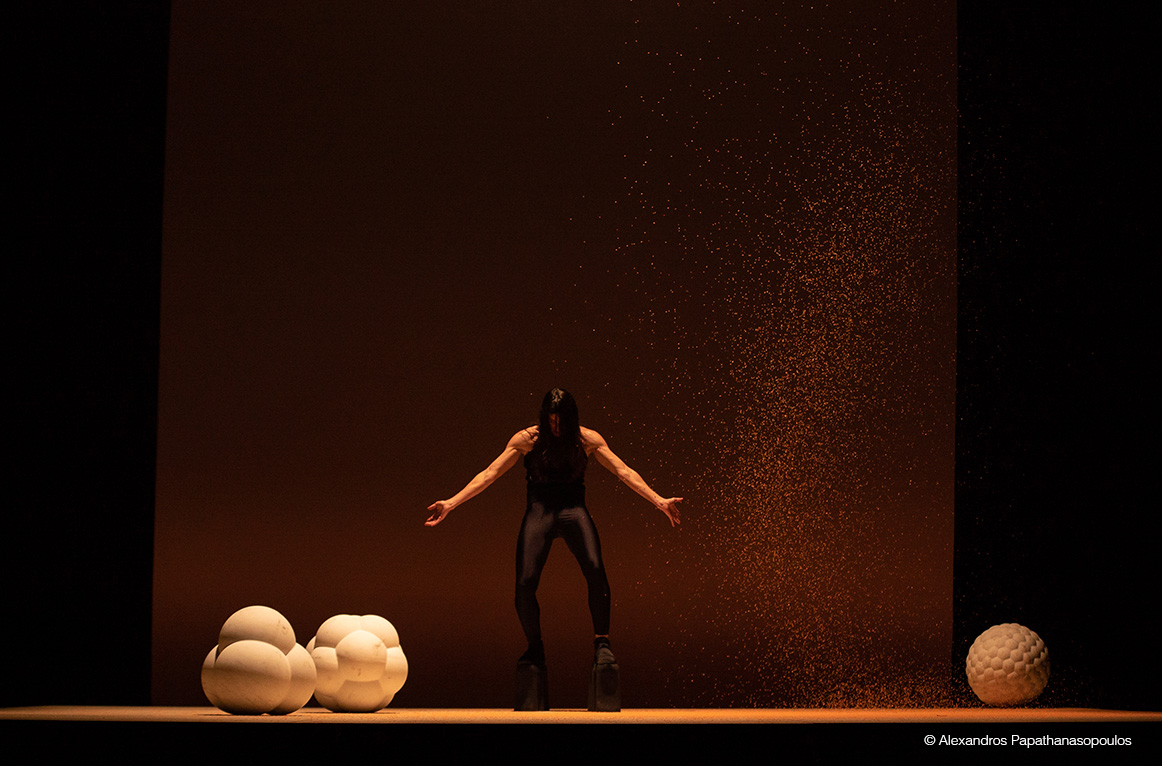 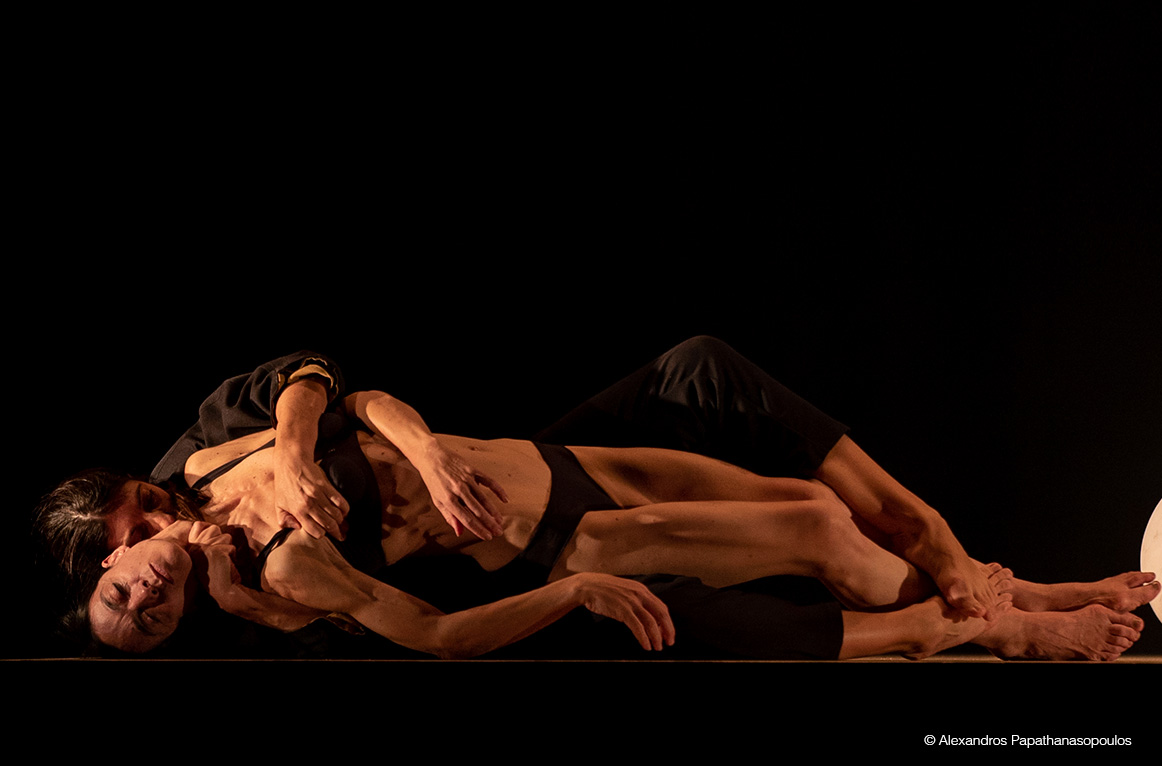 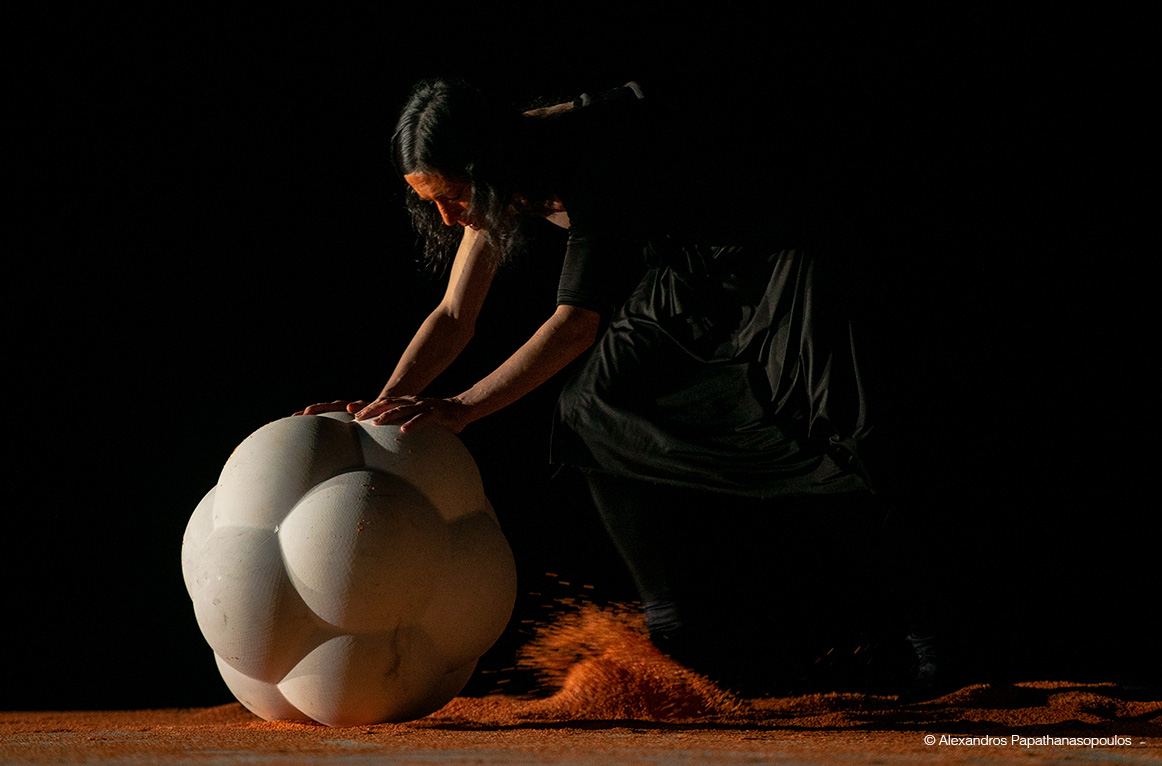 For their latest work, Stones and Bones, RootlessRoot collaborated with English sculptor Peter Randall-Page and created a performance about the temporality of human existence. White marble, a quasi-metaphysical material, the foundation of European civilization, lies at the centre of the performance, even though its place is in the hearth of majestic mountains and outside of theater conventions.

In Stones and Bones, four female performers dance to the original score by Vassilis Mantzoukis and create a poem about the fragile nature of human existence and the need to leave our mark in the world.

RootlessRoot were founded by Linda Kapetanea and Jozef Fruček in Athens in 2006. Τhey have created 27 performances (solos, moving installations, medium and large-scale performances), which they have presented in more than 24 countries and in various theatres and festivals. They have collaborated with Akram Khan for his solo DESH, with the Staadsteater Kassel Dance Company, DOT504, the Helsinki Dance Company, and companies and creators. In Greece, they have collaborated with the Onassis Stegi, the Athens and Epidaurus Festival, and the Greek National Opera Ballet. They are widely known for the Fighting Money Practice, which focuses on human motion/development and healthy ageing and which they teach worldwide.