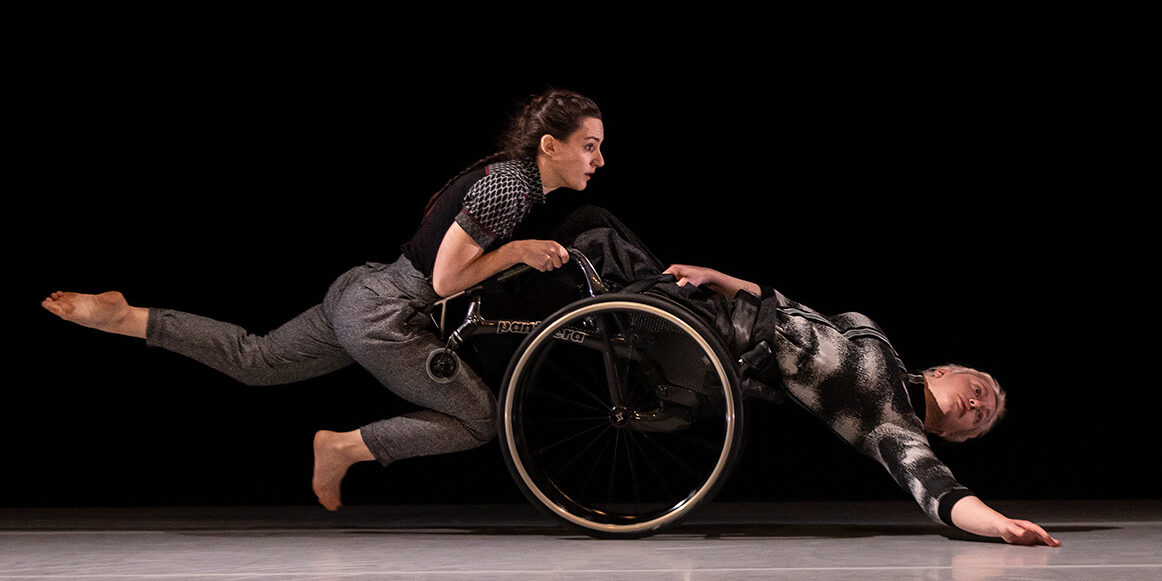 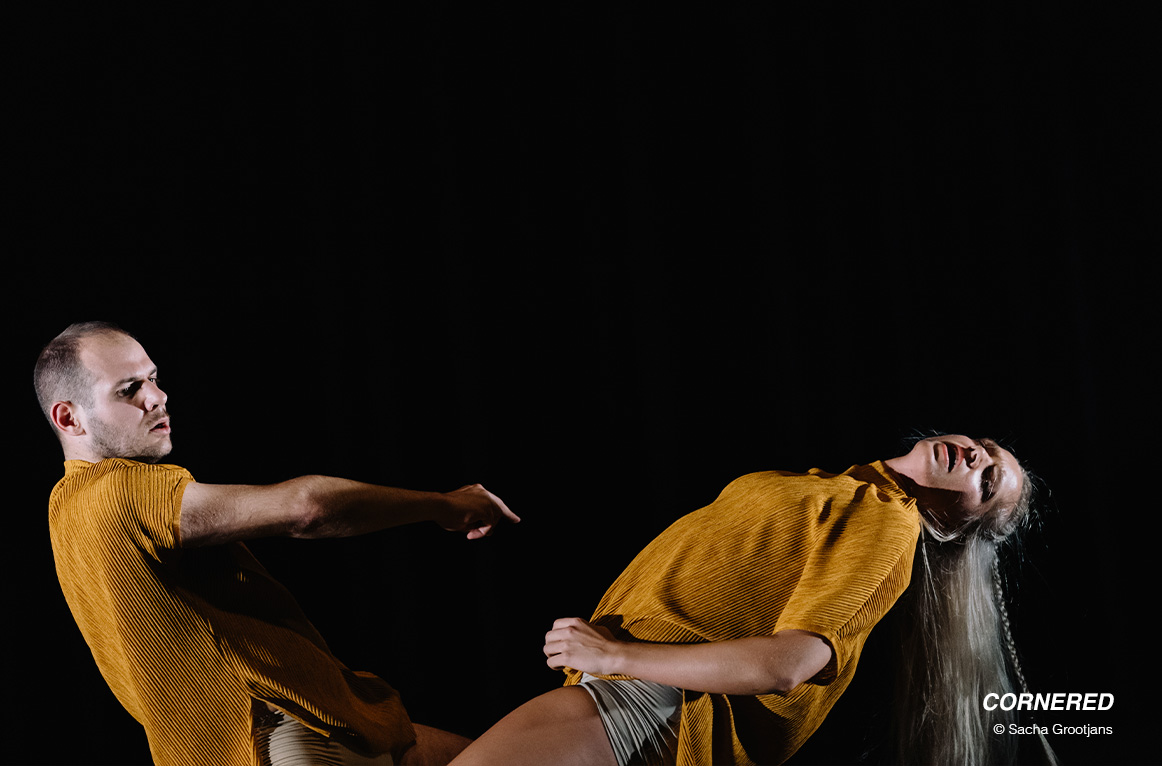 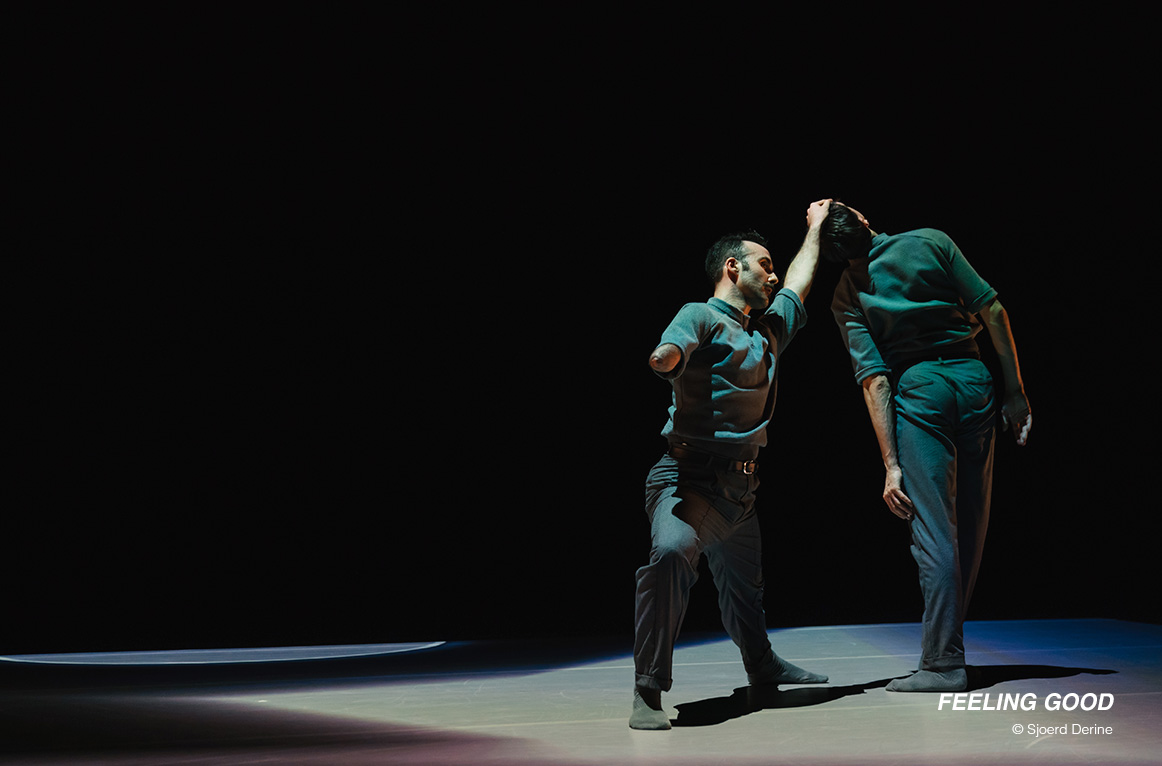 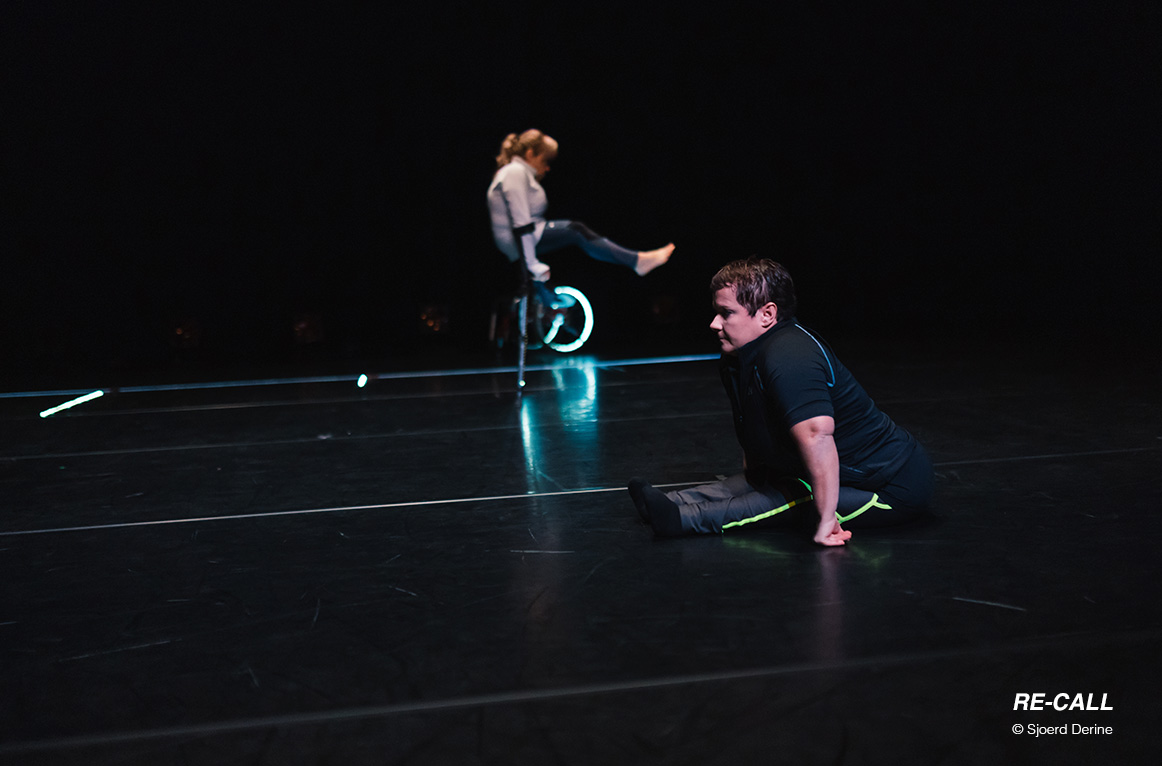 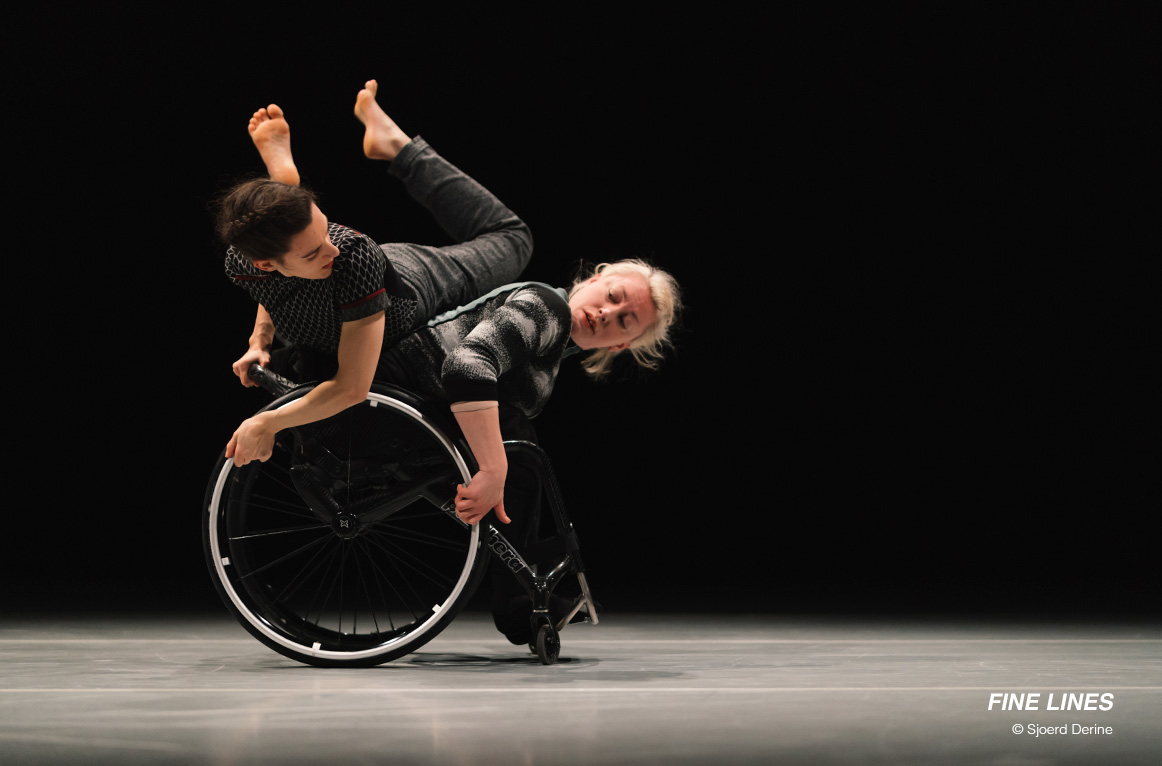 Presented in collaboration with:

Faizah Grootens’ Cornered is a physical experience of two bodies encountering each other within a space and within themselves. When these two bodies meet, there are moments of high intensity and moments of low vibe, while still achieving synthesis. Cornered is about empathy and the struggles that come with it. About how to stay true to oneself, without losing connection and empathy.

Faizah Grootens is a graduate of the Amsterdamse Hogeschool voor de Kunsten and the Instituto Superior de Arte, Cuba. As a dancer she has collaborated with several companies including Laleget Danza, Maurice Causey, Nationale Opera en Ballet/Itzik Galili, GrossDanceCompany, Another Kind of Blue, Generale Oost/Introdans, Harlekijn Danstheater, Stichting Julius Leeft, Miguel Rubio, and Sine Forma. As a choreographer she has worked for Laleget Danza, Taller Coreográfico Unam, Harlekijn danstheater, Lindenberg Dance Company, Herman van Veen Arts Center, and The Peer Performance group of the University of The Arts in Amsterdam among others. She has presented her own work at festivals and in theaters in Cuba, Mexico (Palacio de Bellas Artes, Sala Miguel Covarrubias), Europe (Holland Dance Festival, Chorea International Dance Festival/Bratislava), New York, Curaçao, and Aruba. She has taught contemporary dance and ballet at the Amsterdamse Hogeschool voor de Kunsten, the Arts and Entertainment College Amsterdam, various schools in the Netherlands, and the University of the Arts in Havana, Cuba.

What kind of identities do bodies carry? In Re-call, choreographer Venetsiana Kalampaliki focuses on the identity of the body and on how it is shaped by both the past and every single moment in the present. Moving in a stark backdrop, the dancers’ bodies are confronted with time with every step they take. Through repetitive movements, moments of pause, and walking the performers define their routes and create fleeting stories that fade away like traces in the sand. With her gaze fixed firmly on each individual, and taking precision and simplicity as her guide, the choreographer creates human portraits and explores the meaning of the moment as a dimension, both temporal and spatial.

Venetsiana Kalampaliki is a performance artist and choreographer based in Athens. She is a graduate of the Greek National School of Dance and the University of Athens (School of Economics and Political Sciences). She explores movement within a performative research structure, which derives from interdisciplinary collaborations and participation in international laboratories, and develops her personal artistic voice in her own creations. Her works include Connotation (BIOS and Festival de Poche, 2016), Dimensions_V (Stavros Niarchos Foundation Cultural Center, 2019), and Sits and Waits to Watch (Megaron Athens Concert Hall, 2019).

With the support of Gruppo Credem, in partnership with Reggio Emilia Città Senza Barriere & Consorzio Oscar Romero, as part of the Europe Beyond Access network, co-funded by the Creative Europe programme of the European Union.

Feeling Good is the new duet by Diego Tortelli for an abled and a disabled dancer. A circle, a square, and, in the centre, the emblematic figure of a man. References to The Vitruvian Man are evident, and this can lead to criticism and controversy, but if we simply do not dwell on the image itself and what the eye sees but focus on its poetics and meaning we find the desire for a body that experiences connecting with itself and its surroundings, both on a rational and emotional level. This is the starting point of Feeling Good, a duet about the ability to ‘be’ and ‘feel’, about the acceptance of oneself, of one’s strength and fragility. Feeling Good looks at the diversity of human beings in an asymmetrical way, opposing the idea of ‘canonical’ beauty and universal ‘beauty’ models.

Fine Lines, a new duet with dancers Madeleine Månsson and Anna Borràs Picó, is a dialogue between two exceptional women. A meeting shedding light on the fine lines between us, reminding us of our differences, our boundaries, the outlines of our intentions. But what brings us closer together? What do we want to celebrate in each other? On stage, two women. So delicate, so powerful.

Roser López Espinosa studied at Theaterschool MTD (Amsterdam) and trained with former Olympic gymnastics trainer Jaume Miró. She has worked with choreographers Àngels Margarit, Cesc Gelabert, Pere Faura, Iago Pericot, Katie Duck, and Marta Reig Torres, and cinematographer Isaki Lacuesta, among others. Her work as a choreographer includes Lowland, Hand To hand, November, The Flock, Featherweight, and The Entertainers. As invited choreographer, she has collaborated with the Conny Janssen Danst (The Netherlands) and Skånes Dansteater (Sweden) dance companies. She also collaborates with circus companies such as Circ Pànic (Catalonia) and Cie XY (France). She is a guest teacher and choreographer at Institut del Teatre (Barcelona), Theaterschool MTD (Amsterdam), ArtEZ Dansacademie (Arnhem), and Universidad Autónoma de Querétaro (Mexico), and teaches workshops for professionals and advanced students internationally. She was resident artist at the Mercat de les Flors dance theatre in 2018-2020 and associate artist at La Caldera (Barcelona).