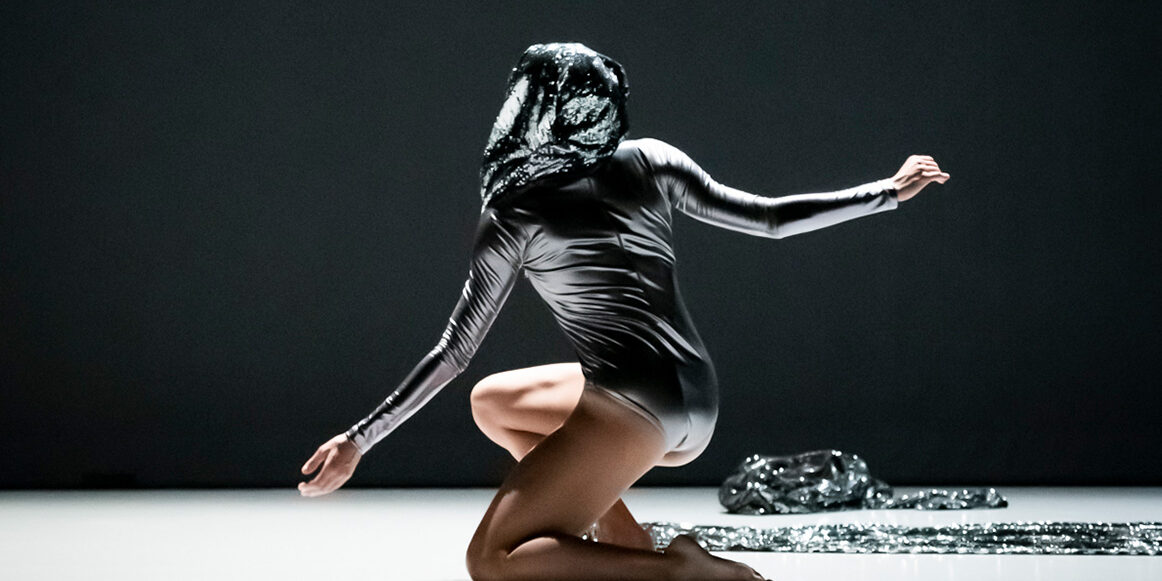 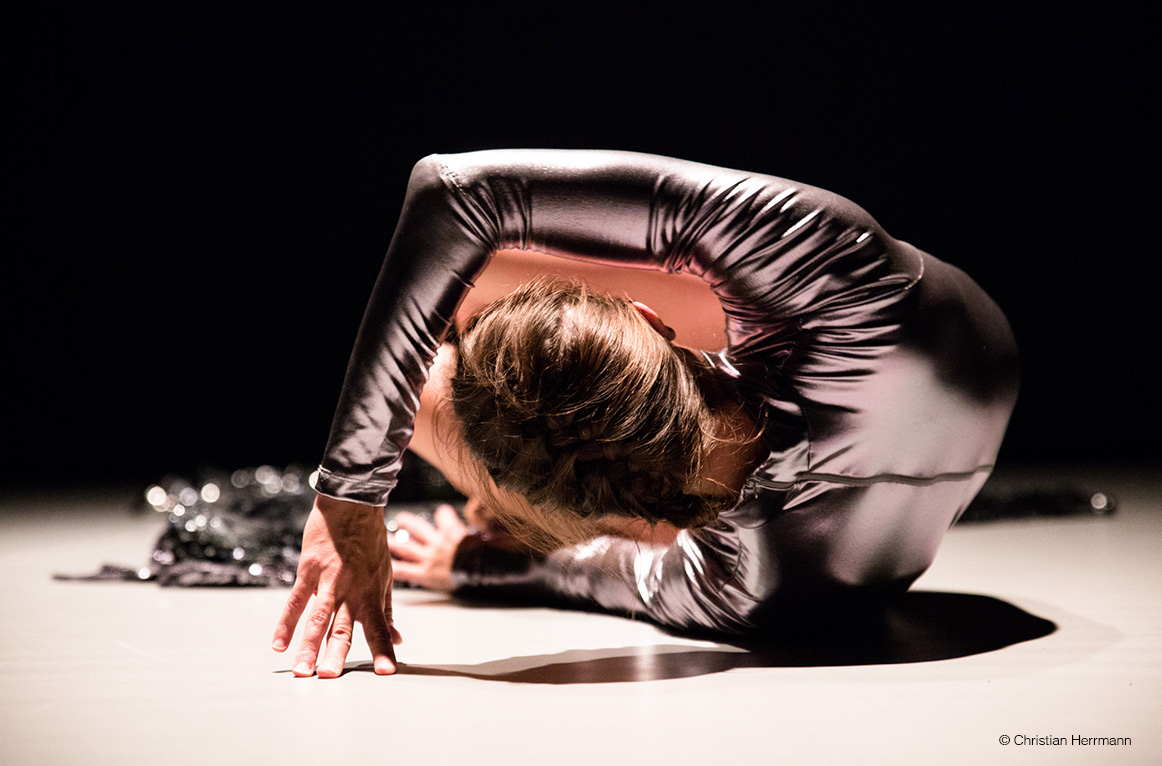 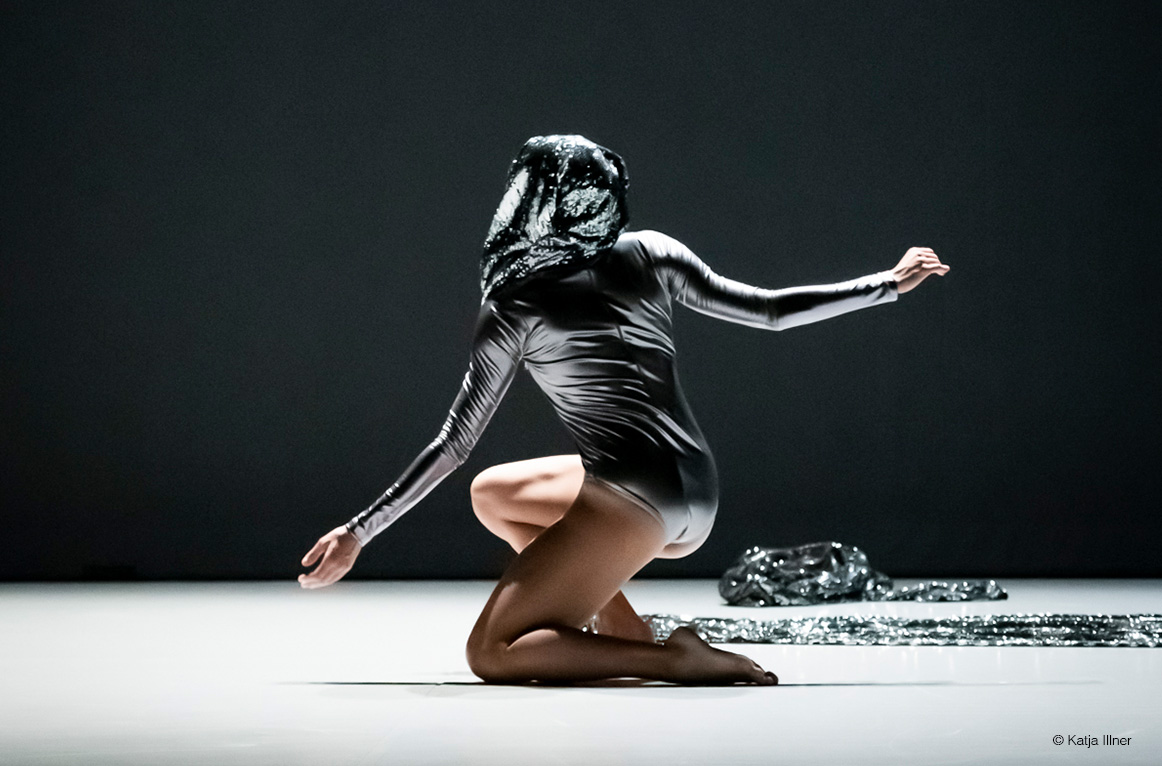 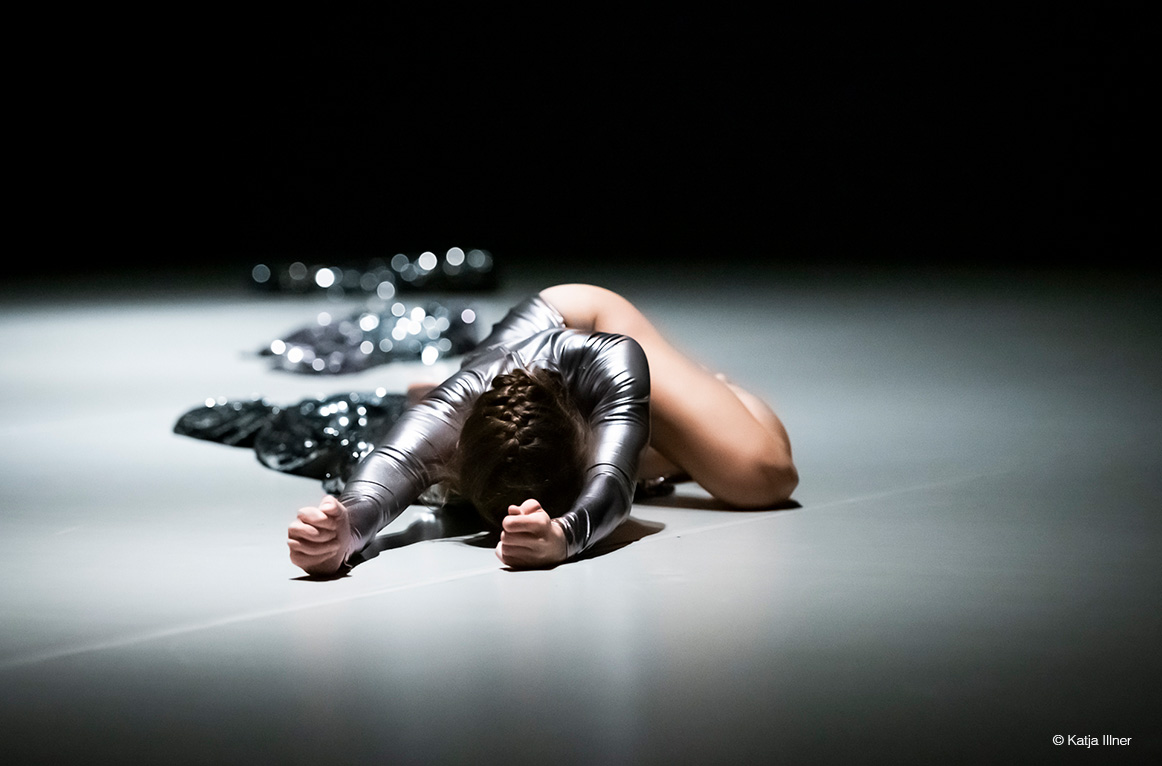 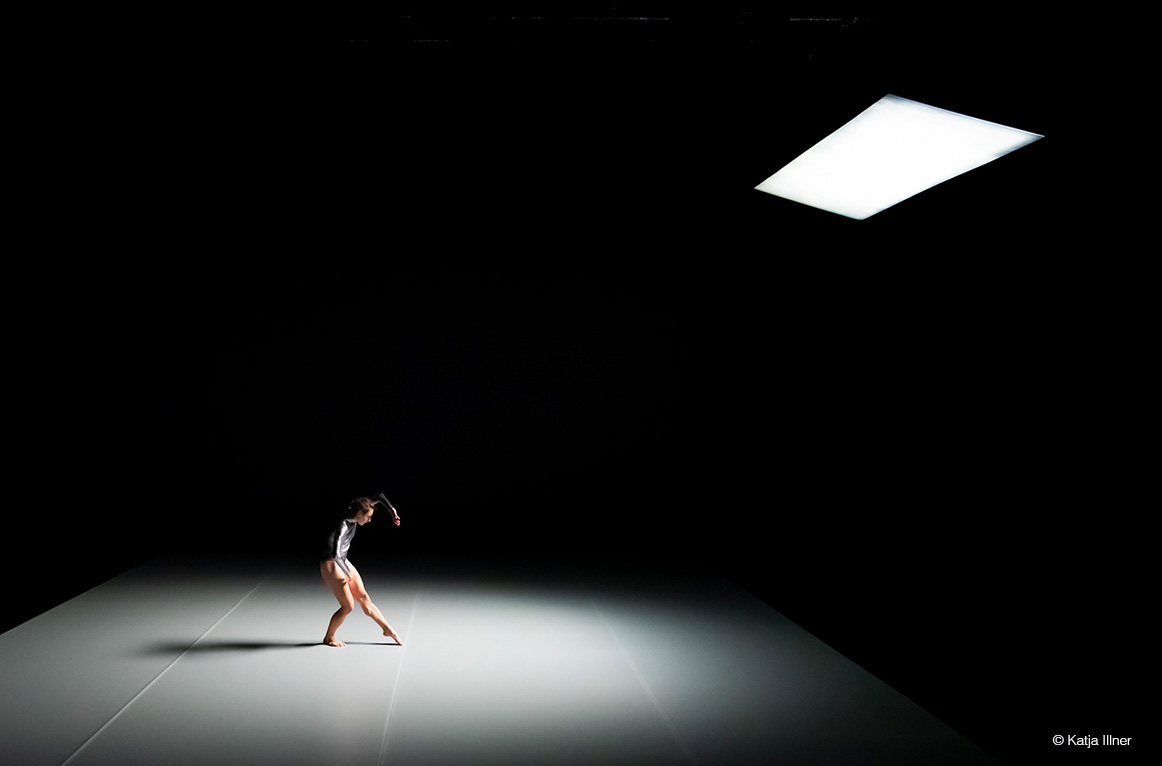 A body tries to rebuild an existence in a new environment, to adapt to it and to define itself anew. While doing so, the body carries remnants from its previous journey – memories, images, impressions, relationships. It seems as though the moving body has been thrown into a new reality during this ongoing post-pandemic moment, according to Düsseldorf-based choreographer and artist Alexandra Waierstall. As an accomplished choreographer, she has fine tuned a poetic and affecting way to engage us with seemingly contradictory and hard to name emotions, through exquisite collaborations which create a world both deeply experiential and thought provoking.

She attempts to explore specific factors in a new world, such as spatiality, temporality and relationships, in her new solo VENUS un/seen for the stunning dancer Karolina Szymura – accompanied by the musical composition of renowned Düsseldorf composer and pianist Volker Bertelmann, a.k.a. HAUSCHKA. This investigation occurs through the lens of memory, of absence, the lens of the blatant and of indecision. To find a language for this transformational process, Alexandra Waierstall decides to trust the body’s perceptive capabilities instead of the certainty granted by the eyes. The dancing body collects, remembers, connects and imagines – while its broken existence and vulnerability are neither hidden nor ignored; the fragmented self will instead be dignified and celebrated because it transforms into the new terrain, into the new reality.

An open invitation to contemplate, process and most of all feel through our times.

The presentation of VENUS un/seen at the 28th Kalamata Dance Festival is supported by the NATIONALES PERFORMANCE NETZ International Guest Performance Fund for Dance, which is funded by the Federal Government Commissioner for Culture and the Media.

Born in England and raised in Cyprus, Alexandra Waierstall is a Düsseldorf-based choreographer and artist, practicing for over 15 years. Her conceptually, physically detailed, crafted investigations are expressed through choreographies, installations, situations, sounds, texts and images. She approaches choreography as a vehicle for developing new skills and knowledge for living together, connecting bodies, life-forms, and environments. Choreography as a practice, as an act of empowerment, a way to reimagine and re- invent our world anew. She advocates for a form of radical attentiveness, across different contexts in- cluding theatres, galleries, museums, publications and in public spaces. Internationally, she has presented works at Musée du Louvre – FIAC, Sadler’s Wells, Dansenshus Oslo, Mousonturm, Crossing Festival Bei- jing, Fringe Festival Shanghai, International Festival Seoul, Dansenshus Stockholm, Forum Mundial Sao Paolo, De Pont Museum of Contemporary Art, Kunsthalle Mannheim, Bauhaus Museum amongst others. Alexandra Waierstall has choreographed the companies National Dance Company of Wales and Tanz- mainz. Her choreographic work has been selected and supported by networks such as Aerowaves, Modul Dance, IDEE – Initiatives in Dance through European Exchange as well as Chin-A-moves. Since 2007 her work has been co-produced by tanzhaus nrw in Germany.