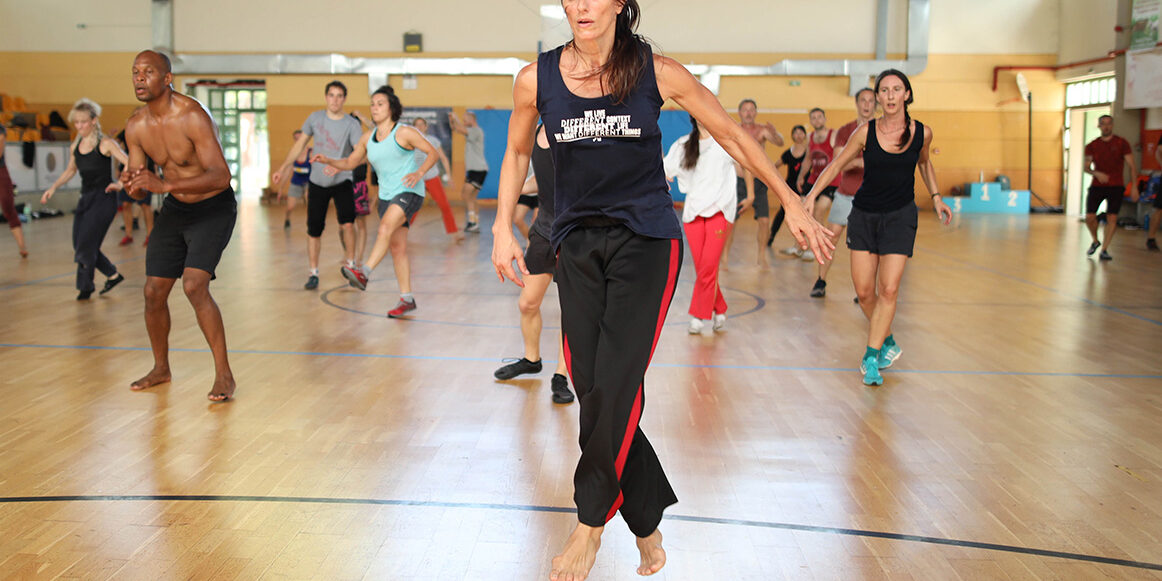 FIGHTING MONKEY PRACTICE – FROM THE OTHER SIDE 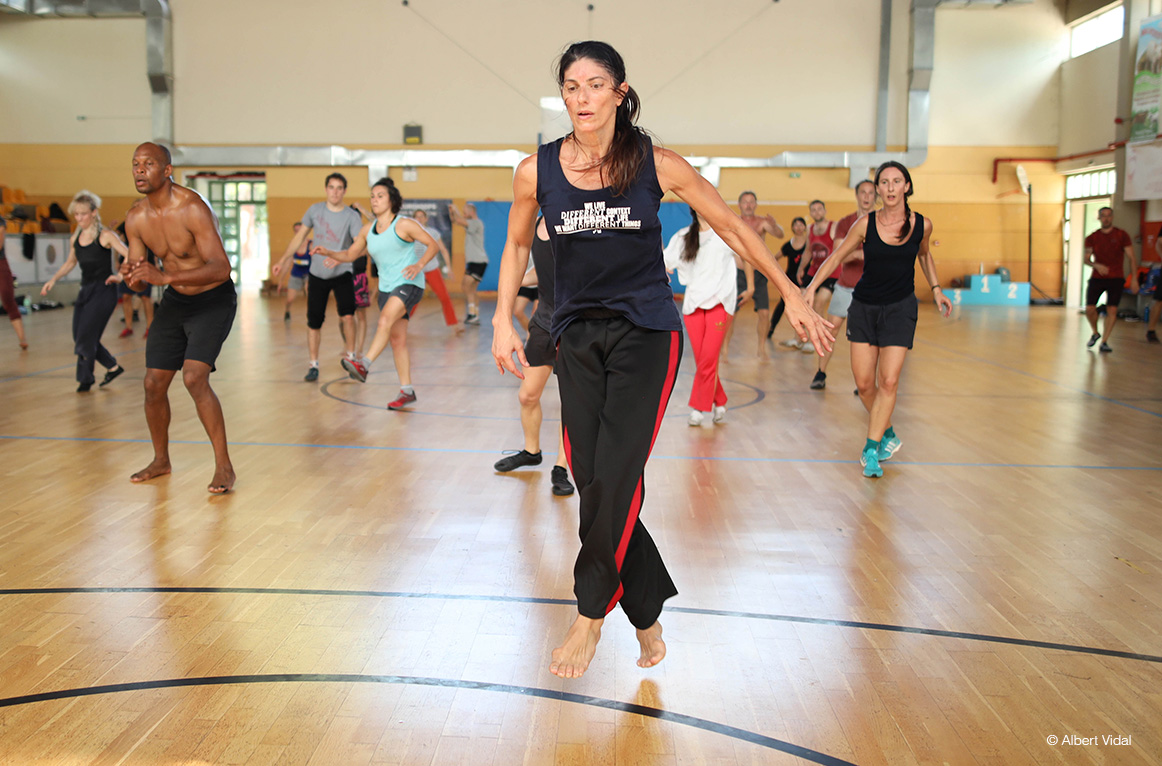 Masterclass with Linda Kapetanea on the body’s basic properties, such as weight, elasticity, power, and density, and how to use them in simple compositions and more complex situations of speed and dynamics.

Linda Kapetanea, Artistic Director of the Kalamata Dance Festival, is a dancer, choreographer, and contemporary dance teacher, who has performed and taught worldwide. She graduated from the Greek State School of Dance and continued her training as a postgraduate student in New York, with a scholarship from the Greek State Scholarship Foundation. In 2002, she was awarded best performance from the Hellenic Ministry of Culture. In 2002-6, she collaborated with the Ultima Vez dance company and Wim Vandekeybus in the performances Blush, Sonic Boom, and Puur and the films Blush and Here After. In 2006-12, she taught at the Greek State School of Dance. In 2007, Kapetanea and Jozef Fruček founded the RootlessRoot dance company as a vehicle for their own artistic productions and research on human movement. They have since presented 21 works in more than 30 countries (in Europe, Asia, and North America) to international acclaim. Together with Fruček, Kapetanea developed the Fighting Μonkey Practice, which they teach in prestigious educational institutions in Greece and abroad.