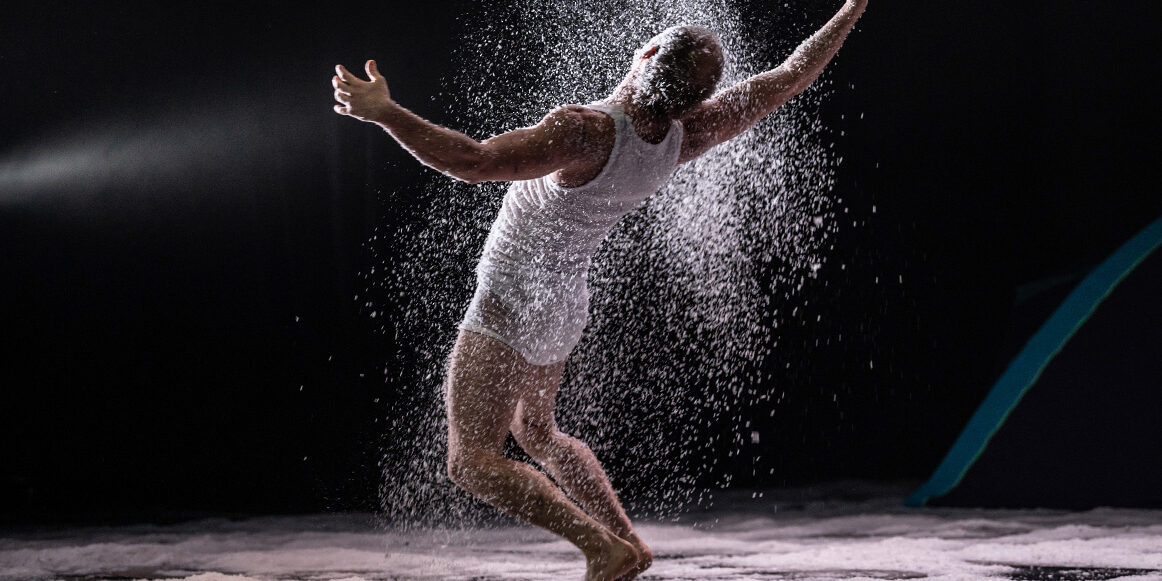 WHITE OUT – The conquest of the useless 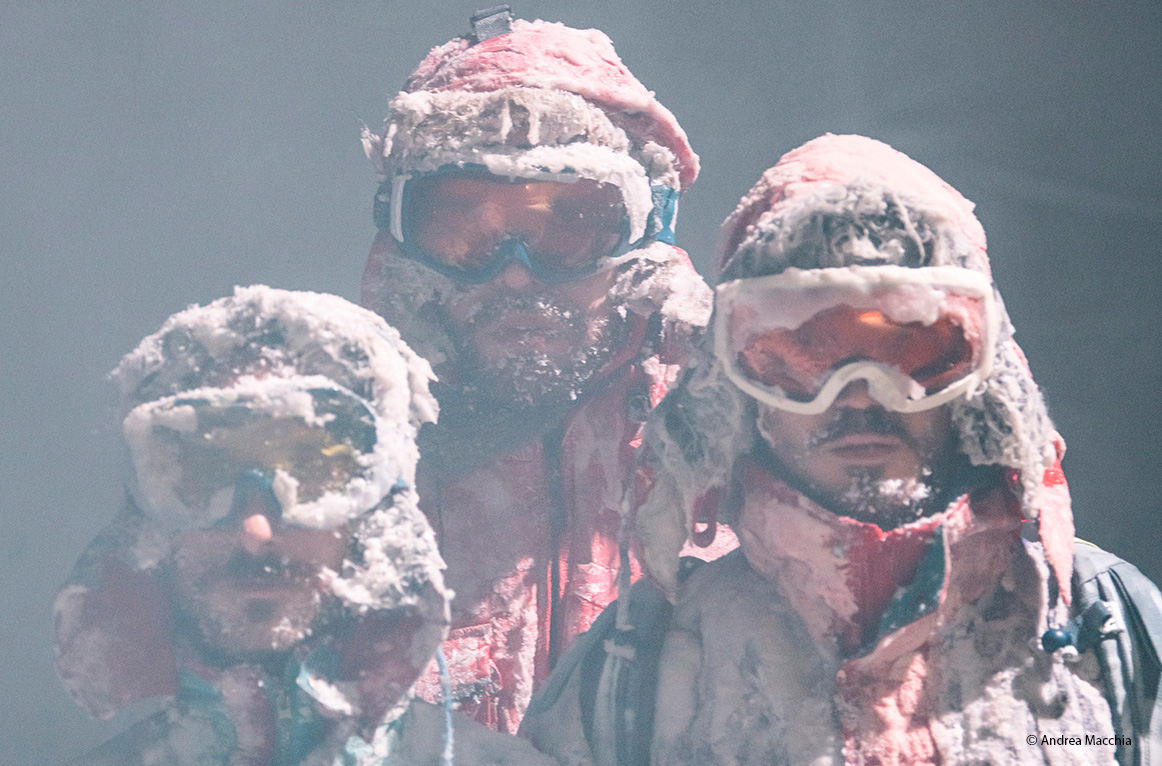 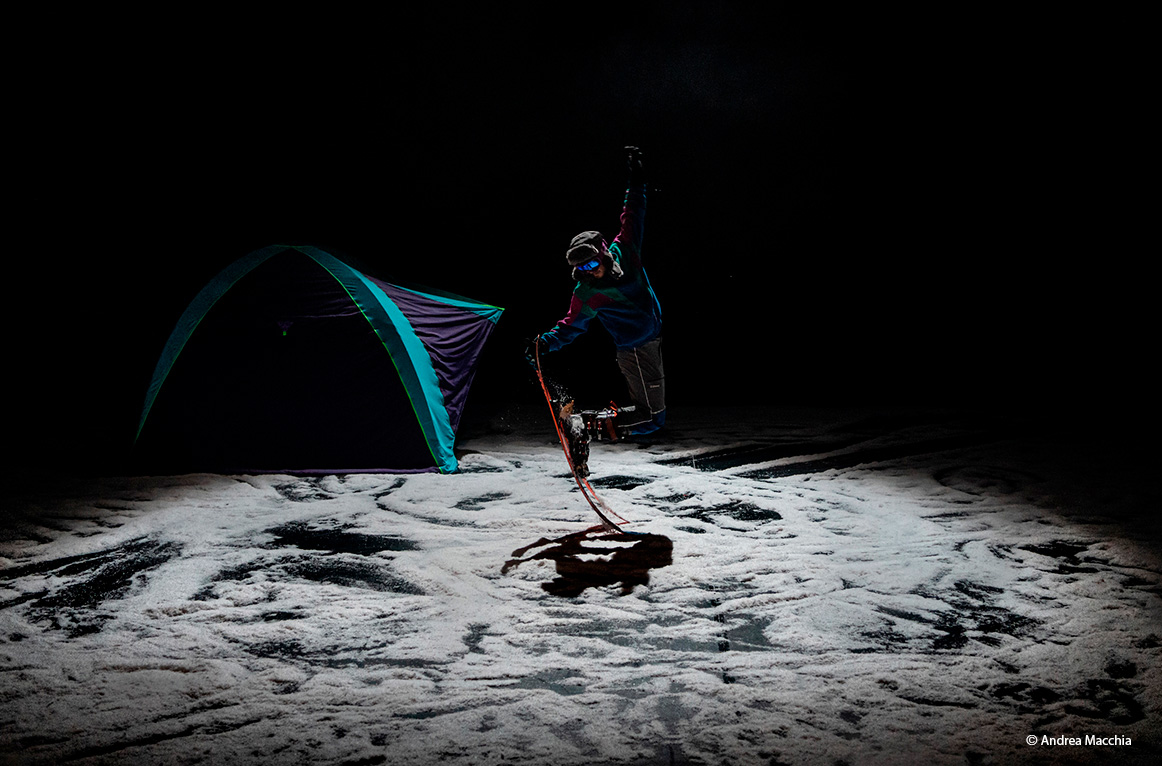 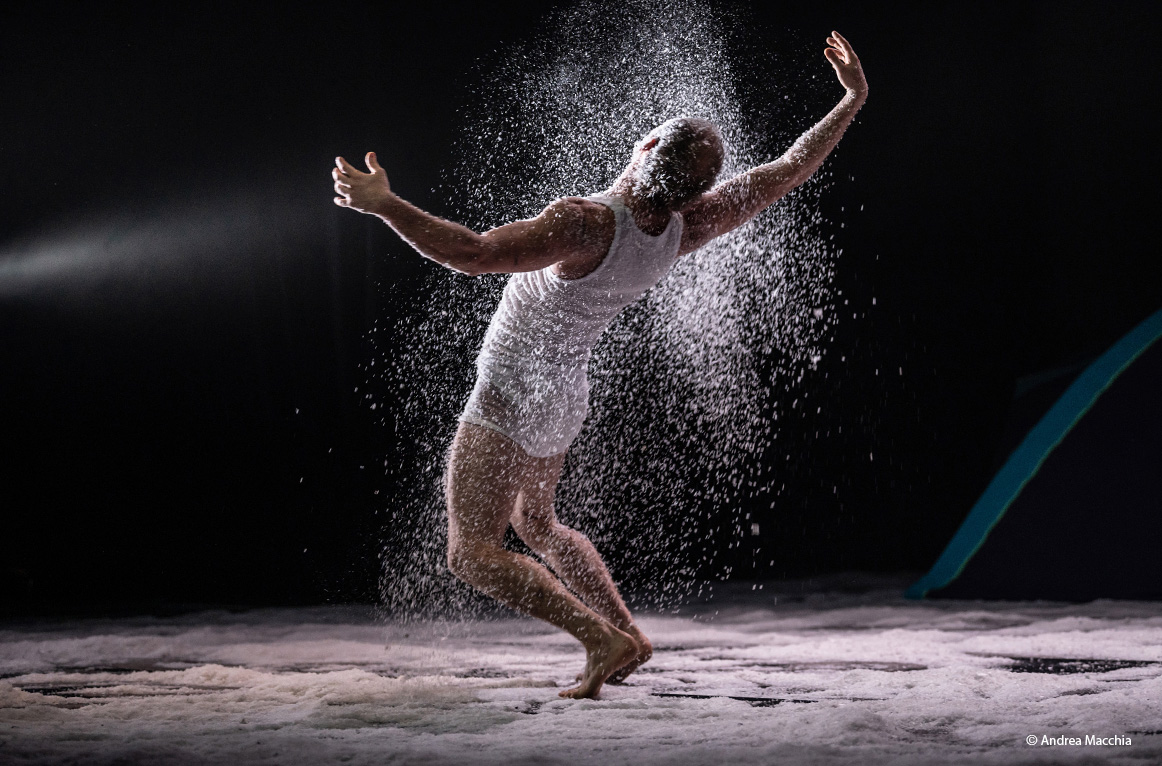 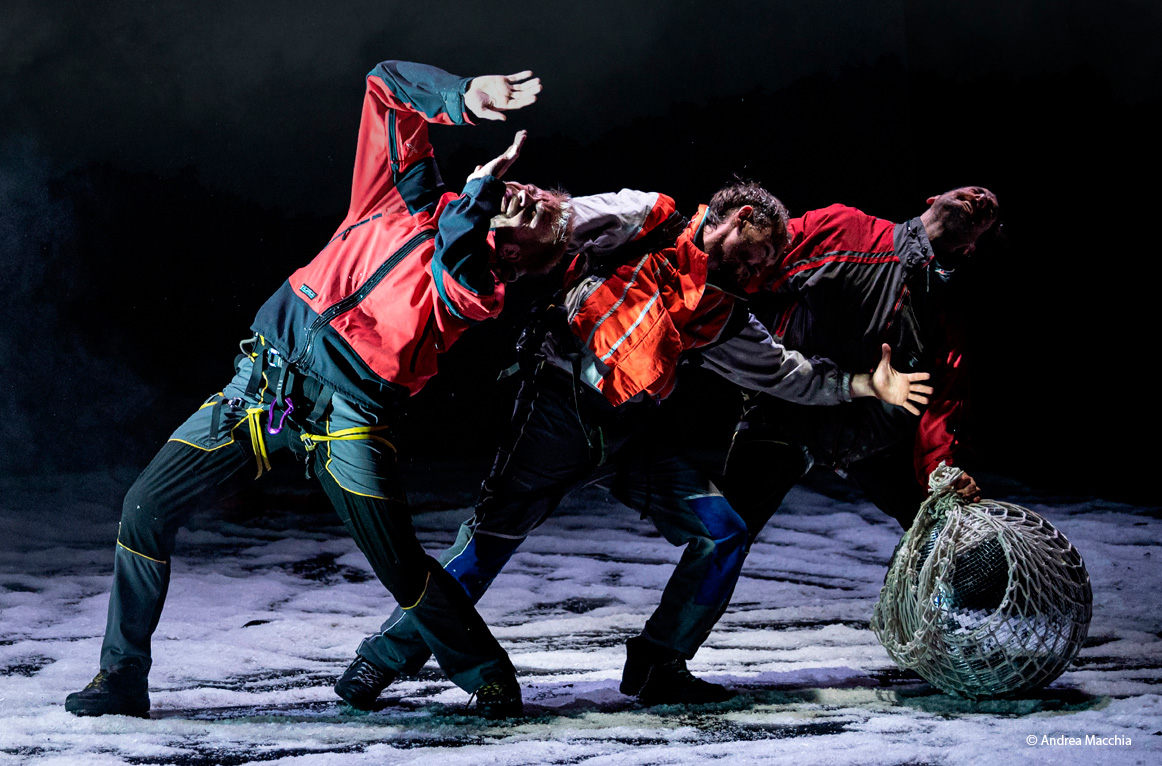 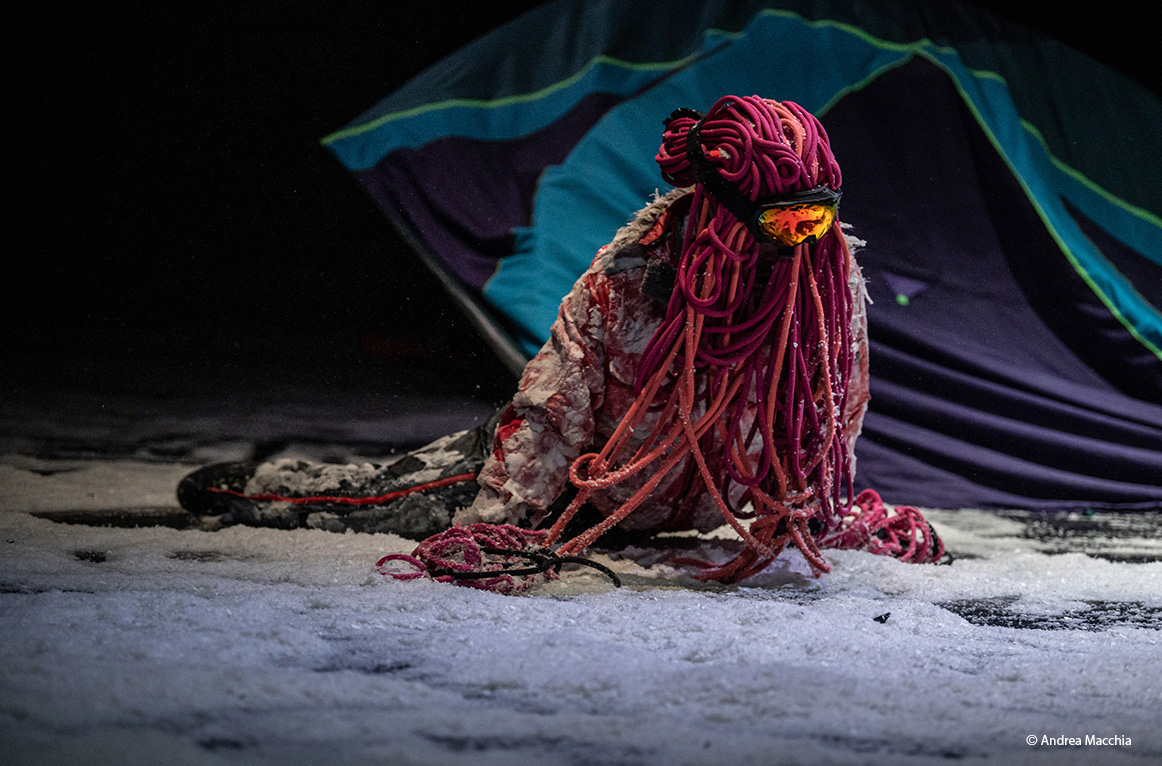 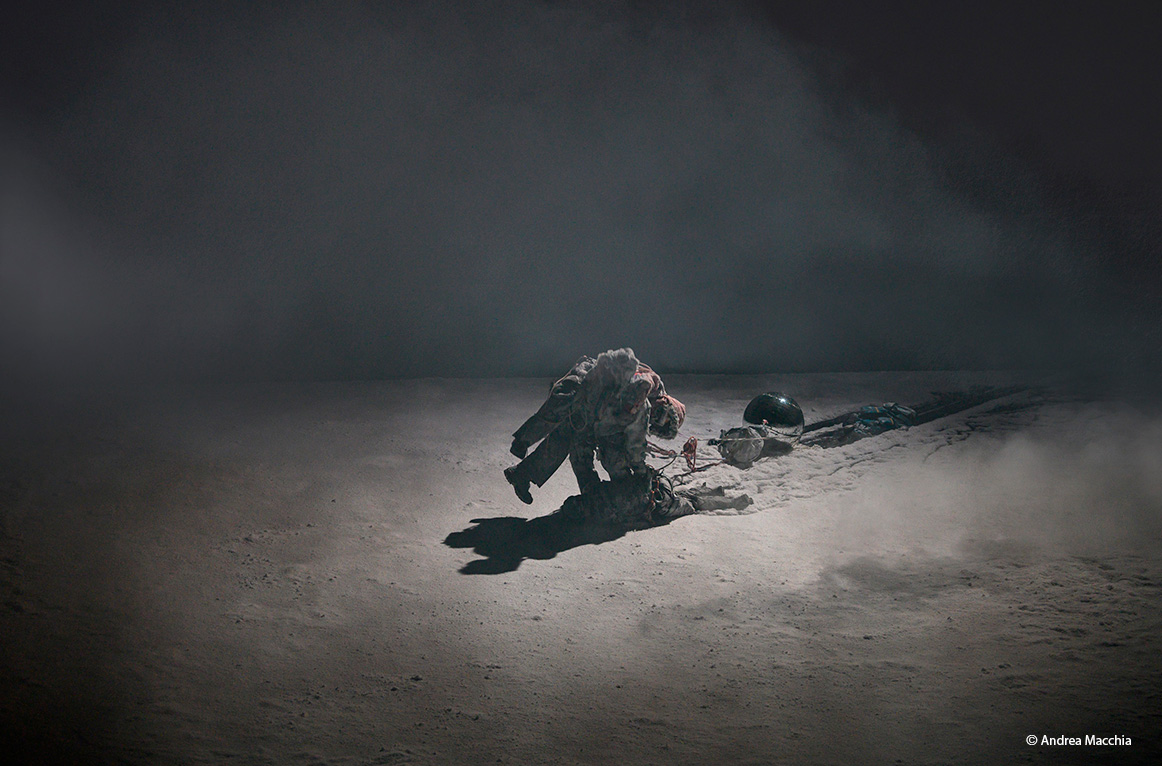 White Out is a tribute to all the climbers who have disappeared, or have embraced that level of risk, in the infinite whiteness of high mountains: Those who conquer the futile.

The show is a compelling, funny and dramatic journey through, not only the natural landscape evoked on stage, but through human nature itself.

The show’s ultimate ambition is to present mountaineering as an artistic language.

To create a choreographic experience and visual synthesis so powerful, that the vastness of the mountain may carry over into a theatre, allowing the audience to genuinely experience the cold, the snow, and the storm on a rocky vertical cliff.

The performance WHITE OUT by Piergiorgio Milano is presented at the 28th Kalamata Dance Festival with the support of Wallonie-Bruxelles International.

Piergiorgio Milano began his career in 2002 studying at the FLIC Circus School of Turin. Then, in 2004, he moved to Toulouse where he studied at the Le Lido National Center for Circus Arts. This period was crucial in his development, and during those years he clearly affirmed his interest and vocation towards contemporary dance. He then decided to move to Amsterdam where, in 2006, he studied at the SNDO School for New Dance Development. During that time he also became cofounder of the 320chili collective, one of the first Italian contemporary circus groups. After that he moved to Brussels, which became his base starting in 2008. From there, he travelled world wide as a performer for many international choreographers. Since 2015, he has mainly focused on creating and touring his own work.