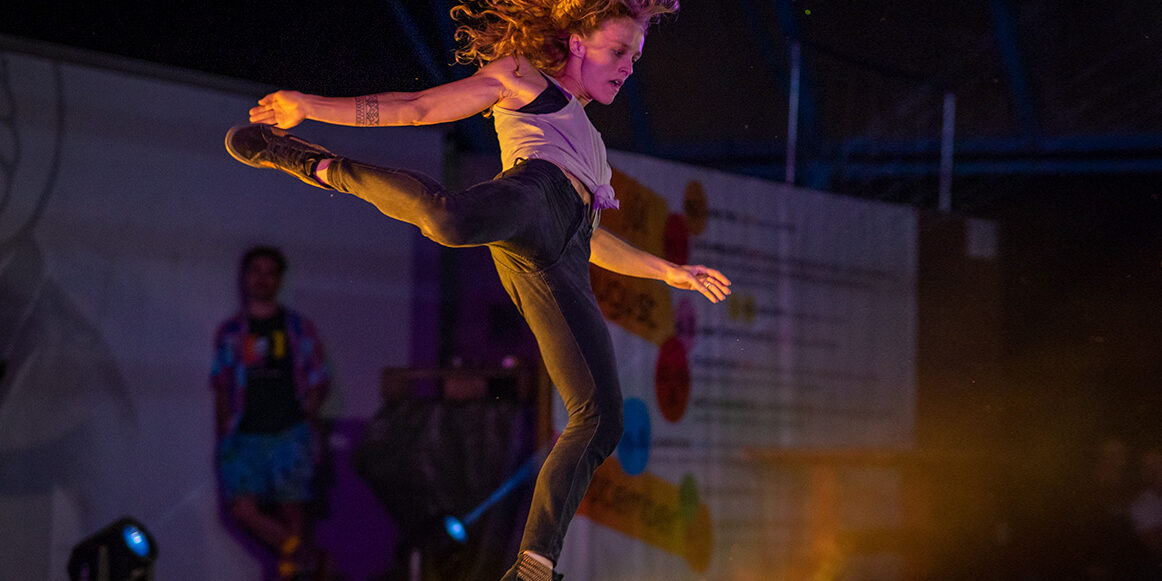 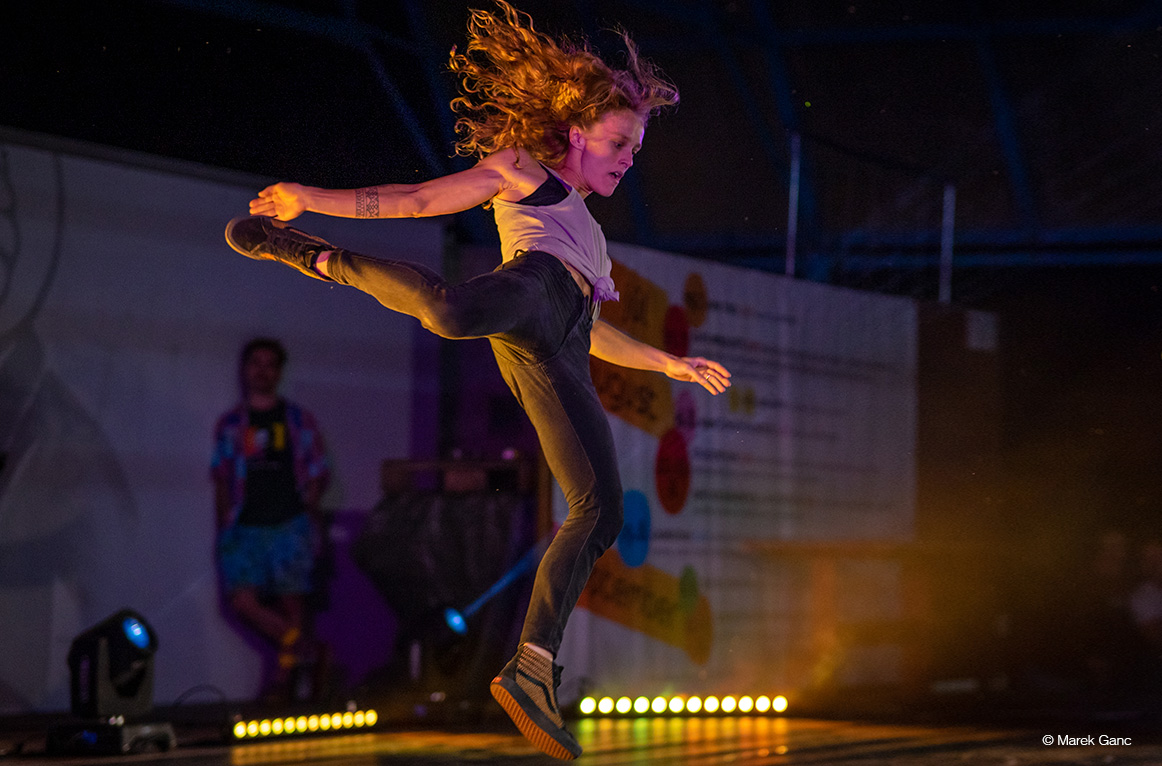 #WHATEVERISTRENDINGNOW was created under the premise of interaction with its immediate context. Αll of its versions are different, as it adapts to the social, political, and spatial context that its creators consider more relevant. At the same time, the proposal’s premises of original movement stay the same, allowing the piece to have a clear conceptual unit and creative flexibility.

Colectivo Priekopník Veverička (in Slovak: Pioneer Squirrels) was founded in 2015 by Slovakian Lívia Balážová MM and Costa Rican Zebastián Méndez Marín, as a result of an inescapable artistic connection that began at Ultima Vez, a mythical company directed by Wim Vandekybus, where they met as performers of the remake of What The Body Does Not Remember. The company builds artistic processes based on games as a creative engine, to break stereotypic visions of performers and spectators in the scenic act, pushing the limits of creation, leaving aside academic labels, and placing empathy, respect, and consensus as conditioning factors for the celebration of the beauty of diversity.

Born and raised in Slovakia, Lívia Balážová trained from a young age in classical dance, Slovak folk dance, and contemporary dance. She attended the J.L. Bellu conservatory at Banska Bystrica, Slovakia), the Salzburg Experimental Dance Academy (SEAD), and P.A.R.T.S. in Brussels. She has worked with Portuguese choreographer Rui Horta and the Kubilai Khan and Última Vez companies. With her performing arts company Colectivo Priekopník Veverička, which she founded in 2015, she has produced shows (#whateveristrendingnow, PRACH/POLVO, La Plancha) and collaborated with other companies, including the Slovak artistic collective MimoOs (DoDna, Millennial Magic Mirror), Honey and Dust Company (EU.GENUS), and Divadlo Štúdio Tanca (3×20 Ženy/Čin). Her classes reflect her curious and playful spirit. She has taught in Slovakia, the Czech Republic, Hungary, Russia, Portugal, Belgium, Germany, Chile, Nicaragua, Mexico, Costa Rica, Panama, South Korea, Canada, and New York. She is co-creator of the RED Movement Network online training platform.