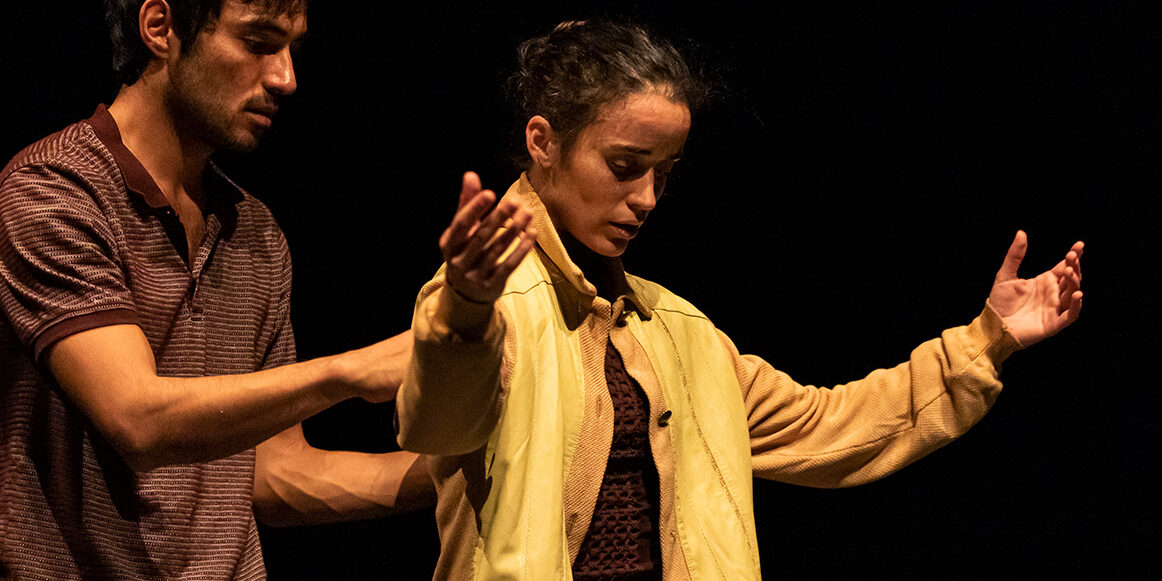 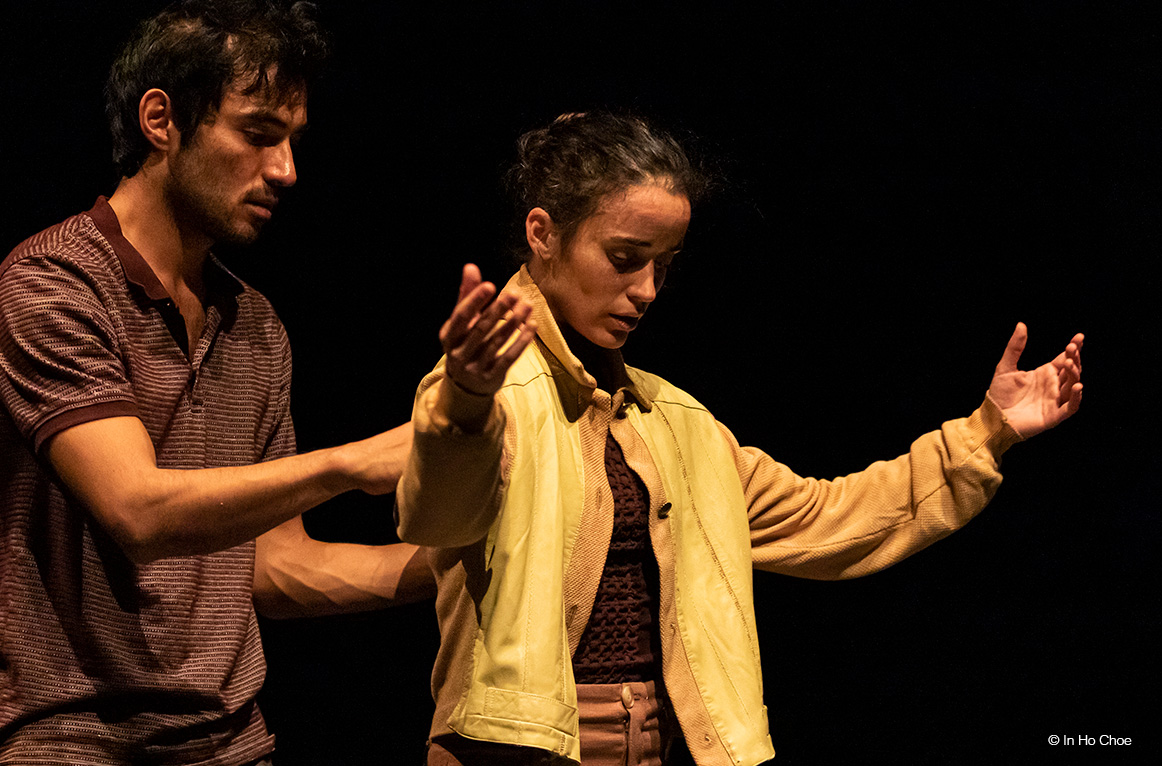 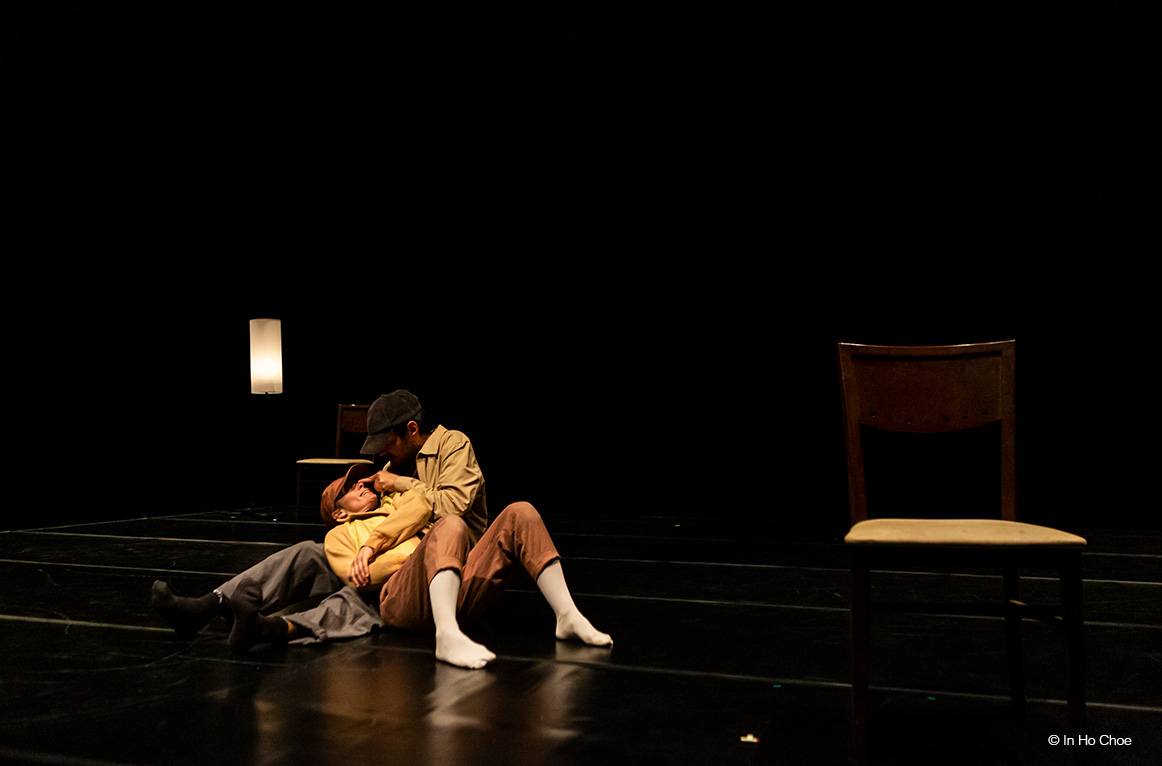 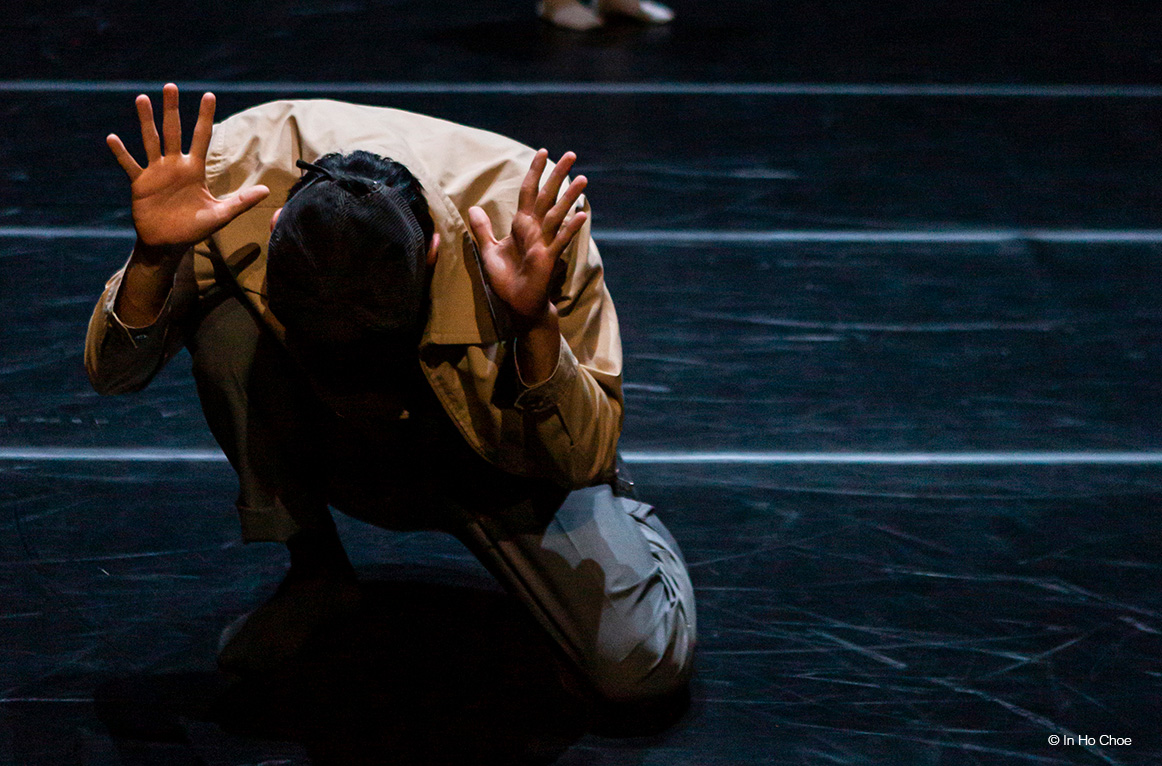 Gizaki is a work created during and inspired by the quarantine caused by Covid-19. In the context of two characters coexisting in one room, Akira Yoshida and Lali Ayguadé analyze the human being, based on the idea that humans are very complex mechanisms, which we are not even able to understand.

This piece is the result of the collaboration between Lali Ayguadé & Akira Yoshida, both of them dancers with remarkable international careers. After getting to know each other’s art through workshops, they decided to start working together on different works. Gizaki was the inspiration for a short film produced in 2021. They were inspired by this work to collaborate again on a new production, this time full-length format, to premiere at the end of 2022.

The performance GIZAKI by Lali Ayguadé and Akira Yoshida is presented at the 28th Kalamata Dance Festival with the support of the Embassy of Spain in Athens and the Cervantes Institute.

Born in 1980, Lali Ayguadé trained at the Institut del Teatre of Barcelona and P.A.R.T.S. directed by Anna Teresa de Keersmaeker.

She was a full time member of the Akram Khan Company for several productions and she has also collaborated, among other renowned creators, with Hofesh Schechter, Roberto Olivan, Marcos Morau and Baró d’Evel. Since 2013, she is the director of her company, with which she has presented Kokoro, iU Mi and Hidden, pieces standing between reality and imagination, merging theatricality with dance. She has collaborated with singer Joana Gomila, choreographer Marcos Morau, and dancers / choreographers Guilhem Chatir and Akira Yoshida, among others. She has also directed pieces for other companies such as Tanz Bielefeld and Bhodi Project.

In 2010, she was nominated for the award of outstanding dancer by the UK Critics’ Circle and in 2014, for the award of best choreographer. In 2016, she was nominated for best dancer at the Crítica Recomana.cat Awards in Barcelona. She has appeared as the leading actress in the short film Timecode, which has been awarded at the Cannes, Goya and Gaudí Festivals, among others, as well as being shortlisted at the Oscars.

Akira Yoshida (Pamplona, Spain) is a dancer who combines his background in Breaking with contemporary dance and theatre. Starting out as a street performer, he went on to study dance at the Salzburg Experimental Academy of Dance (SEAD), after receiving the main artistic grant of the government of Navarre. Since then, he has worked for companies such as QuieroTeatro, Roberto Oliván Performing Arts, Hungry Sharks, Physical Momentum, Lali Ayguadé Company, Ceren Oran, etc. He has also worked with Yoann Bourgeois for Louis Vuitton’s 2022 fashion show, and with Julyen Hamilton’s company for Allen’s Line. He has co-created the award-winning duets Hito with Chey Jurado, and Gizaki with Lali Ayguadé, as well as Ahotsak with Ziomara Hormaetxe. He has also created two solos; Home and Burial of the Bark. He currently works as a performer, choreographer and educator around the globe.