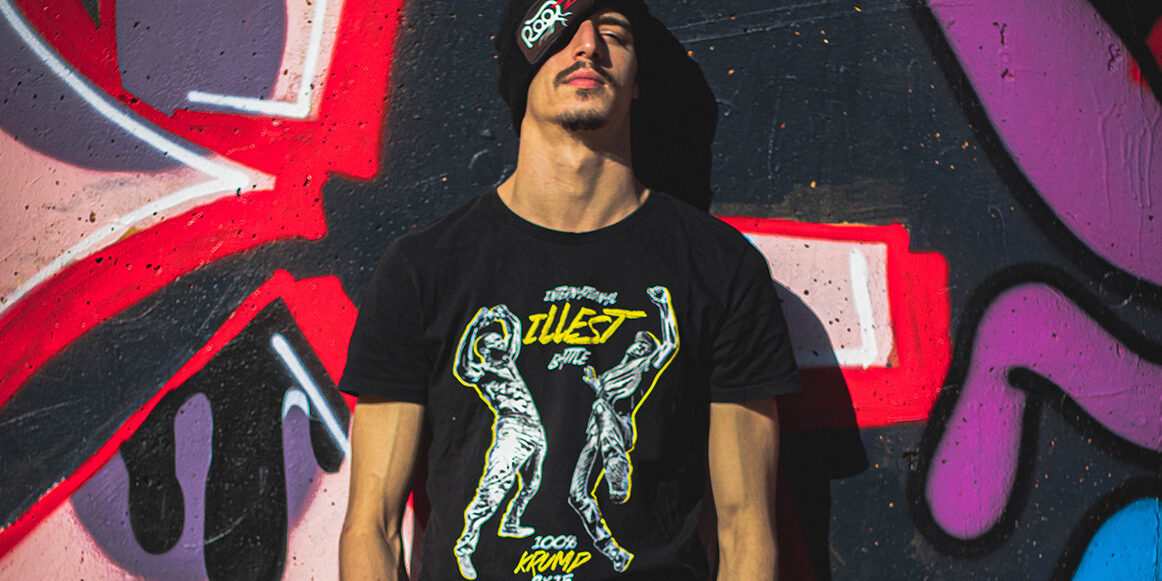 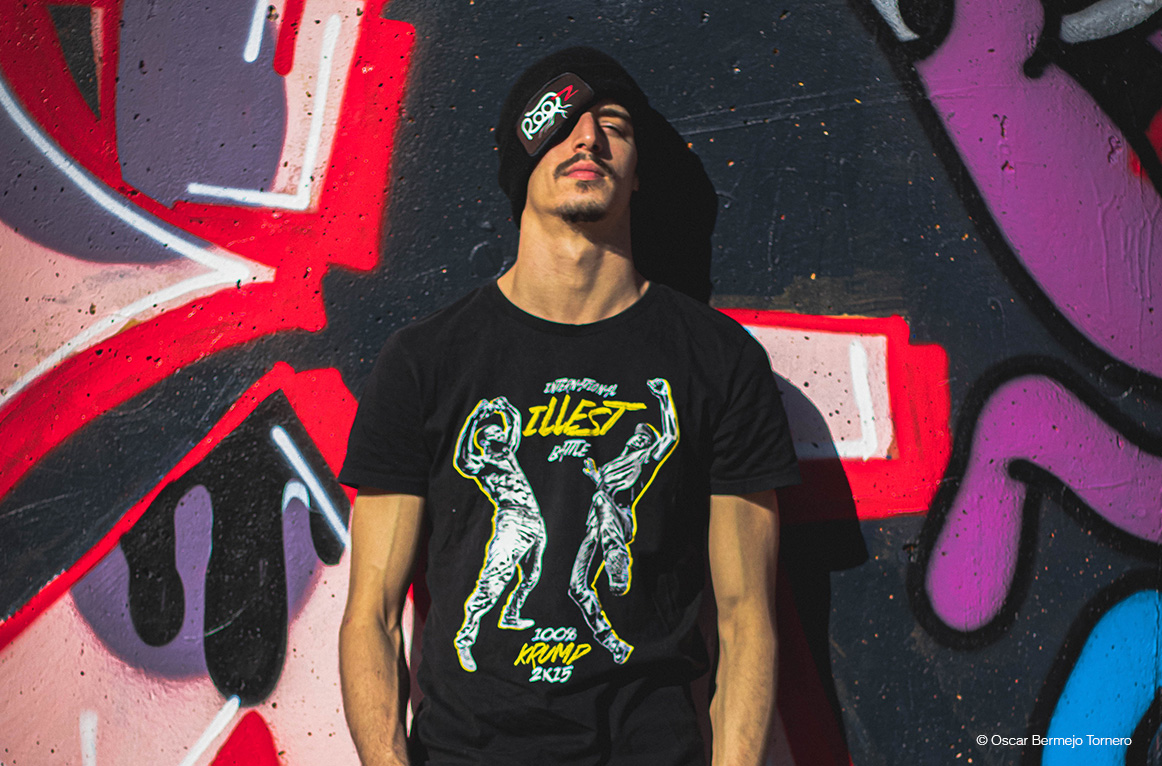 Are you asking me who I am? … Nobody. I’m nobody. An attempt to be we could say. A mental blackout from someone, or perhaps a message for you wrapped in a body. Something trying to say something … A drunkard of humanity! A mute singer, an unsolved loner, a palpable shadow, dancing ashes, your reflection! That I am, a simple reflection of you.

The performance US by Arias Fernandez / The Jokerz Company is presented at the 27th Kalamata International Dance Festival with the support of Acción Cultural Española (AC/E) through the Programme for the Internationalisation of Spanish Culture (PICE), in the framework of the Mobility grants, as well as the Embassy of Spain in Greece and the Cervantes Institute.

Arias Fernandez a.k.a. Joker a.k.a. Killa Grichka is a dancer, acrobat, choreographer, and artistic director from Madrid (Spain). As a child, he trained in acrobatic gymnastics, practiced parkour, and was involved with various art forms, especially music, before he developed an interest for the Krump dance style. He trained as an instructor and choreographer in several urban styles at a national and international level, and also trained in contemporary dance and martial arts. As a teacher and performer, he has worked at and won prizes in various competitions worldwide (Costa Rica, Mexico, Guatemala, Nicaragua, China, USA, Germany, Russia, Belgium, and France, among others). Fernandez has performed with the Cirque du Soleil, DNA, L’Anima, D-Block, and Cia.Nadine Gerspacher. His own work as choreographer and dancer includes Aina & Arias, Bioshock, Efil, The Jokerz Company, and Re. His project Om Rasa is a training method based on a variety of disciplines. Fernandez is currently a member of two of the most impactful Krump crews, Madrootz (international) and Titans (Spain, Leaders of Krump Spain Movement). He also organizes one the biggest freestyle events in Spain (Be Your Beast).