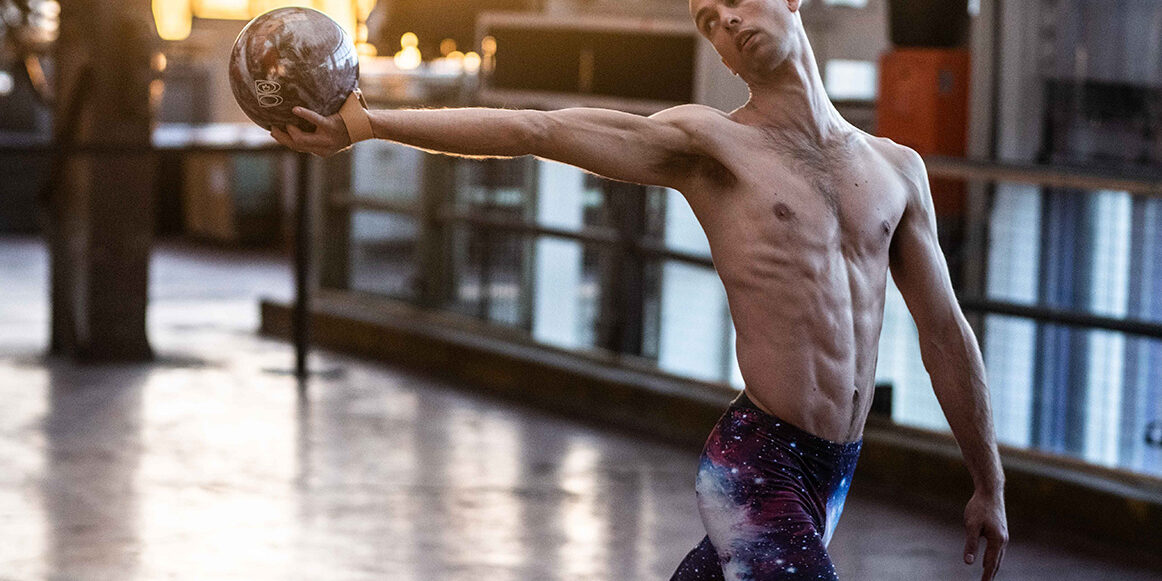 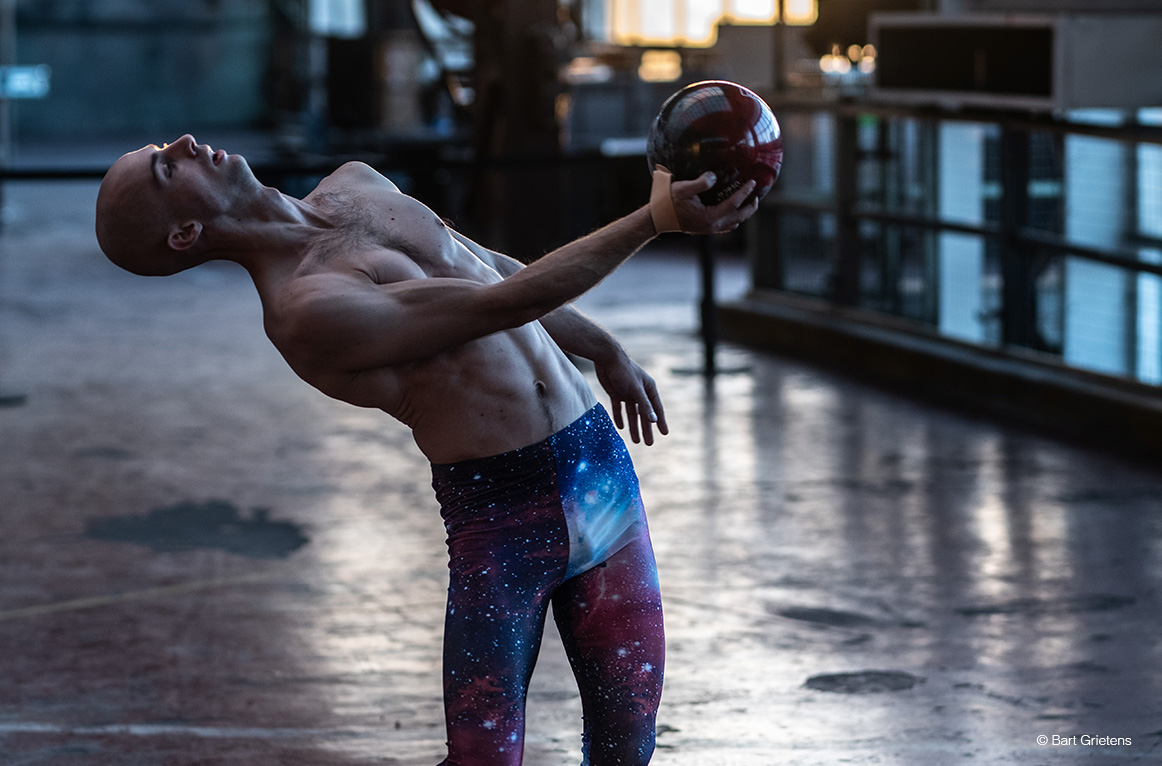 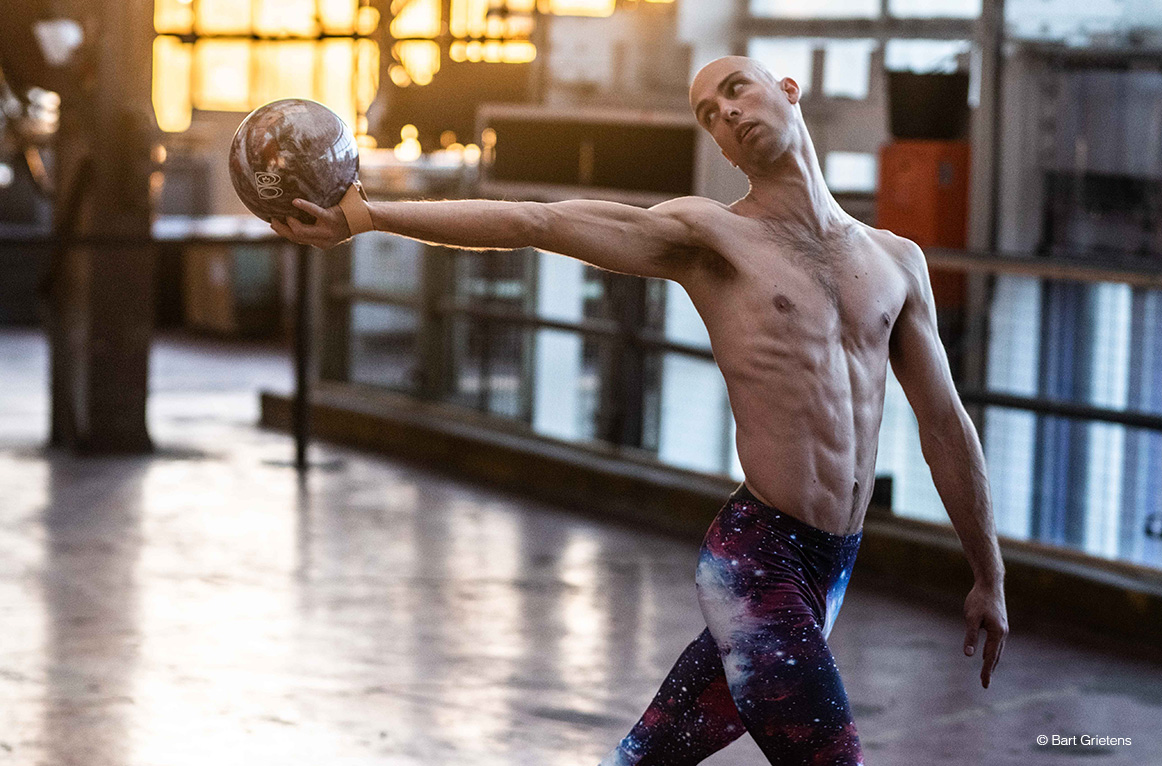 Usually, a bowling ball has only one function: to knock over as many pins as possible at the end of the lane. But what if you remove this object from its usual environment? In this duet with a Bowling Ball, Alexander Vantournhout turns the relationship between the body and the objects around it. This solo is part of SCREWS, a series of five micro-performances, in which objects are fastened to the body, either providing support or throwing it off balance, allowing gravity to be overcome or rather enhancing its effects.

Alexander Vantournhout is artist-in-residence in arts center Vooruit in Ghent and associated artist of le CENTQUATRE Paris and Cirque-théâtre Elbeuf. He’s cultural ambassador of the city of Roeselare and supported by Fondation BNP Paribas for the development of his projects.