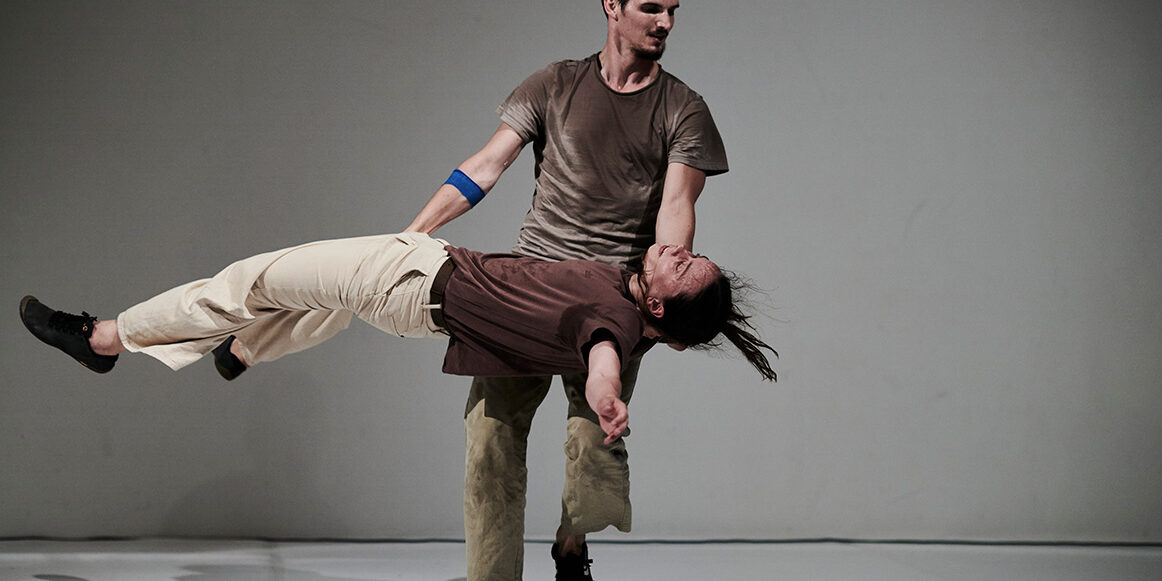 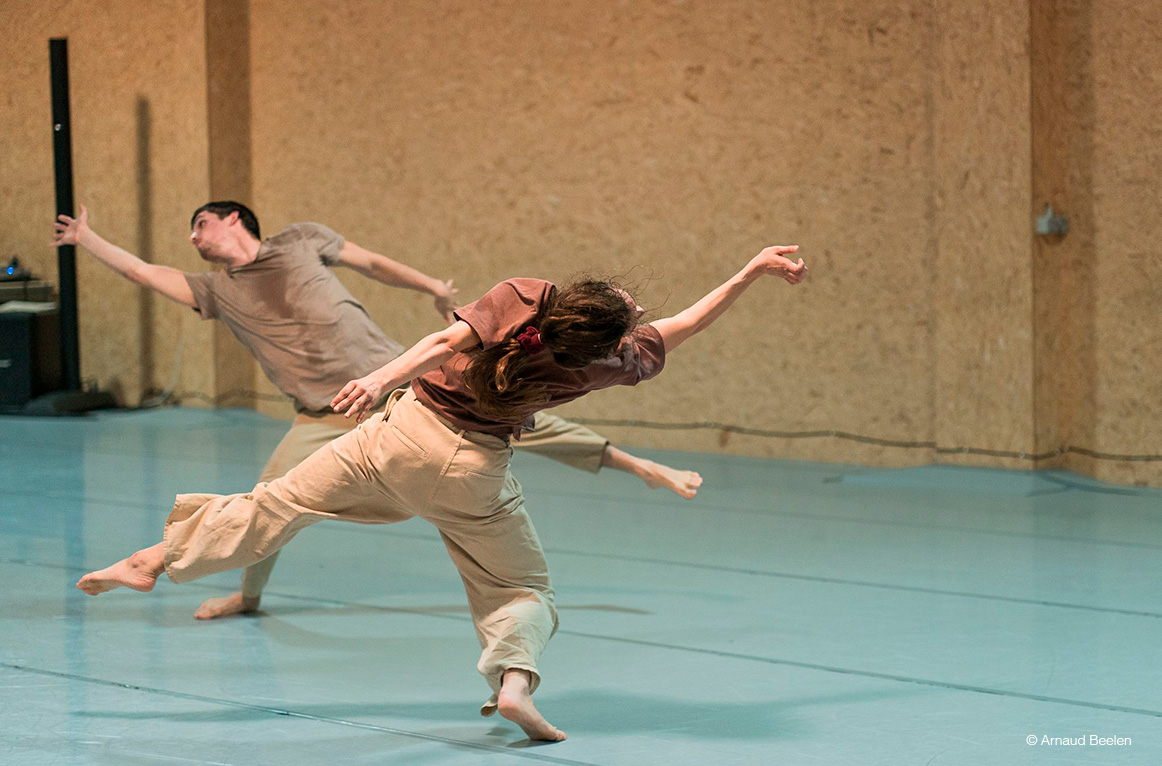 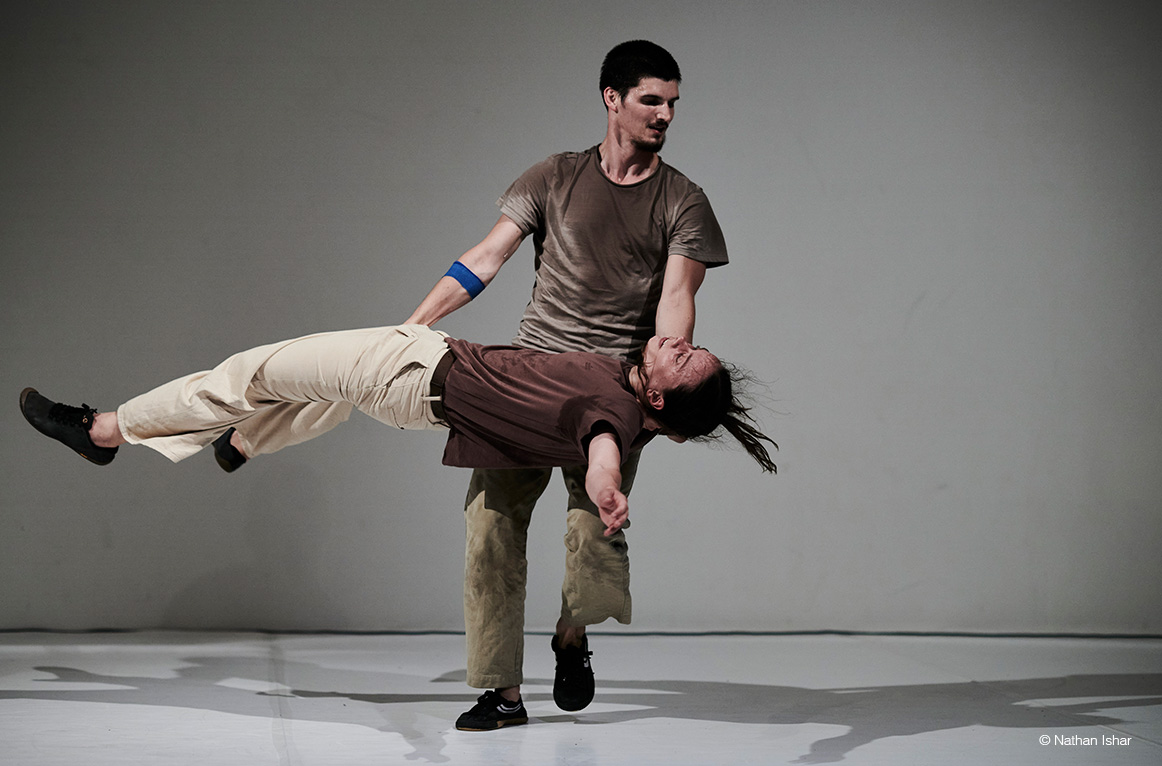 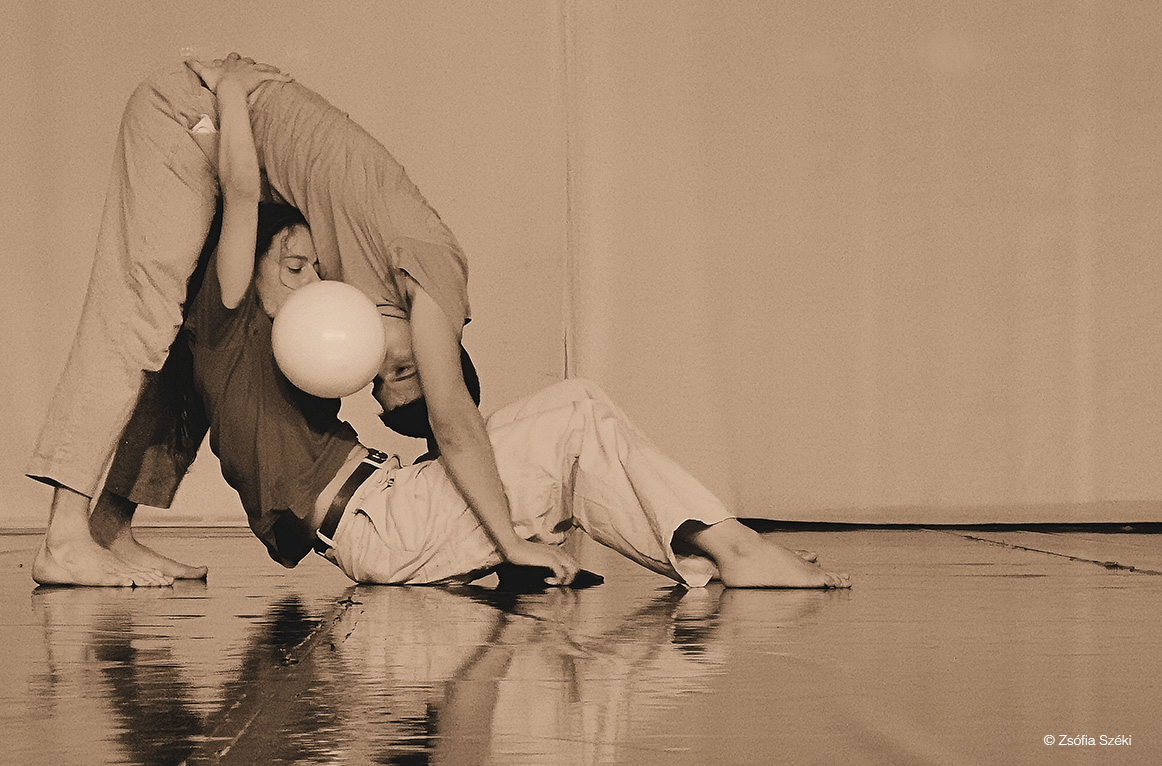 Still Love is a duet about relationships. Our individual stories come into dialogue through physical interaction in a playground-like environment. A landscape of states emerges, and our presence emanates through moment-to-moment responses, that make up the coherent arch of narratives and meaning. An ever-growing physicality anchors us to the space, and helps our emotions sublimate into differently coloured atmospheres. We play games to learn anew and to reinvent our love.

Fenia Chatzakou (Greece, 1991) holds a BA (Hons) in Dance Education (University of Bath) and a BA in Pedagogical Studies (Aristotle University of Thessaloniki). Fenia started her training with rhythmic gymnastics before transferring to dance under the instructions of Nadia Koutziampasi and Ioannis Margaronis (Diagonal Dance School, Thessaloniki). In 2018-2019, she was part of the Bodhi Project Company, collaborating with choreographers Guy Nader/Maria Campos, Francesco Scavetta, Jose Agudo and Lisi Estaras. As a freelance dancer, she worked with Georgia Tegou and Michalis Theofanous (7th New Choreographers Festival, Onassis Cultural Centre / Athens, Hellenic Centre / London). Since August 2020, Fenia has been part of the Braunschweig Staatstheater company. She has an ongoing collaboration with Csenger K. Szabo, with whom she co-created the duet Still Love.

Csenger K. Szabó studied contemporary dance as a scholarship student at SEAD (Salzburg Experimental Academy of Dance), Austria, for four years graduating in 2017. He was part of the NYU Tisch School of the Arts (New York) exchange program in 2015. He has followed various teachers such as Edivaldo Ernesto (Depth Movement), Jozef Frucek, and Linda Kapetanea (Fighting Monkey), among others. He was part of the Bodhi Project Company during the 2019/2020 season. He has been freelancing for several projects in Europe (including Switzerland, Hungary, Italy and Brussels). Csenger has been developing his own work together with Fenia Chatzakou, as well as being an active freelancer since 2020.